According to the Office of Legislative Budget Analysis, the state of Tennessee owes Tennessee State University, a historically Black university in Nashville, $544 million after under-funding the land-grant institution for over 50 years.

A federal land-grant program funds food and agricultural research at such U.S. colleges and universities annually. Usually, the state in which the institution resides provides a dollar-to-dollar match of the federal funds in money to the school. The majority-white University of Tennessee received every dollar it needed from the state, and was even provided more than was federally required in some years. However, Tennessee did not designate any funding to TSU from 1957 to 2007.

In The Tennessean article “Report: TN may owe TSU $544 M,” the university’s president Glenda Glover states that such under-funding routinely resulted in TSU’s being prevented from implementing innovative programs. It made the school unable to recruit students at a competitive level, and cost the institution countless lost opportunities.

Unfortunately, TSU is not the only historically Black colleges and universities that has been systematically and purposefully underfunded. HBCUs around the country that are land-grant institutions have suffered a similar fate for decades.

In 2016, all U.S. states met their funding matches for the predominately white land-grant schools in their territories. Yet, only half of Black schools received full state matches that year. UT even received more than was federally required from Tennessee between 2011 and 2019.

There were over a dozen court cases from 1970 to 1997 demanding equal funding at public HBCUs in various U.S. states. Some states addressed the funding inequalities as a result of these cases. However, less money is still given to HBCUs than to mostly white institutions in at least 25 states. HBCUs also generally receive less federal research and development funds than do other schools.

And yet, despite being deprived of resources for decades, HBCUs continue to thrive and have enhanced the lives of countless people since their creation in 1861.

These schools offer post-secondary education mostly to Black Americans and to many first-generation students. Seventeen percent of all bachelor’s degrees given to Black Americans come from HBCUs. Also, these institutions have long been renowned for being pioneers in developing Black professionals for success in STEM fields.

People who attend mostly white institutions benefit from the status quo manner in which schools are funded by the states and federal government. Therefore, they usually have no incentive to correct the funding inequalities.

Still, the federal government has made some minor efforts to correct its systematic devaluation of HBCUs in recent years. President Trump signed the Future Act in December 2019. It provides $255 million annually to HBCUs and other higher-learning institutions predominantly serving students of color. Also, President Biden allocated $650,000 to eight HBCUs in grants for campus preservation in February 2021. TSU was not one of these institutions.

Some Democrat senators in Tennessee have voiced their opinion to Gov. Bill Lee that the state ought to pay TSU back the money it owes the school in full over the next several years. There is great opposition to this proposal, however, from Republican senators.

Some have publicly questioned the math behind the $544 million figure and suggest that such an amount could not be owed to the school. Others do not deny the amount but are outright against paying the school anywhere near that amount and instead have suggested that TSU be repaid $151 million or less. And others are against the state repaying TSU anything and propose instead that the school be better funded in the future.

The federal government and U.S. states generally fund things they value. Predominantly white institutions of higher learning, the police, courts, jails and prisons, and other institutions that help maintain the status quo in our country have no problem receiving money from the government.

In the meantime, most HBCUs remain long overdue for equitable backing. It remains to be seen whether or not Gov. Lee will decide to do the right thing and correct the state’s funding disparity towards TSU. 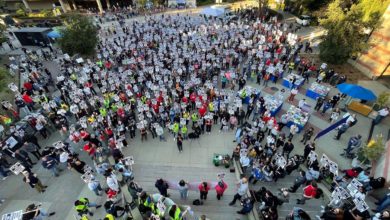