The following is based upon a talk given by Kameron Hurt, a leading member of the PSL in Los Angeles, at a PSL webinar on June 18.

The world has been shaken by the haunting stories of several lynchings across the country. There’s one story in particular that focuses on the horrendous murder of Robert Leroy Fuller, Jr., in Palmdale, Ca., about 66 miles from downtown Los Angeles

For people not familiar with LA county, I want to start by giving a context to the areas we’re talking about. Palmdale is a city on the more rural, northern outskirts of Los Angeles County. There has been a major exodus from South LA, Long Beach, and other places known as Black LA since the 1980s to places like the Antelope Valley and many other small towns in that area.  In order to keep racial hierarchies enforced, a slew of racist housing laws were passed.  There is segregation and white supremacist violence.

The murderous Los Angeles County Sheriff’s Department oversees this area, and the Palmdale station has a huge force.

Driving through Palmdale and Lancaster you might see a higher rate of Confederate flags then elsewhere. It reminded me of life in Virginia, and of the way that white supremacy and anti-Blackness were foundational in the U.S. takeover of the West Coast

You see a clear shift from the nicer, white neighborhoods with no trash on the streets and beautiful homes toward the Black neighborhoods, the place where the vast wealth of this society never reached.

Palmdale was having its own actions demanding justice for George Floyd, Breonna Taylor, and an end to police violence.

Youth and elders participated in peaceful protests like one outside of the Antelope Valley mall, asking the same questions and demanding the same answers as people across the country. The popular uprising brought deeper consciousness and political understanding to Palmdale.

On the morning of Wednesday, June 10th (two weeks after the mass uprising kicked off), there was a 911 call reporting that a man was found hanging from a tree in the Poncitlán Square near Palmdale’s City Hall. That man’s name was Robert Leroy Fuller, Jr.

The people of these cities were already politically engaged in the first weeks of this recent struggle, but the discovery of a lynching shook the community and pushed them past a breaking point, toward building people’s power.

The Sheriffs initially ruled the death a suicide. Friday was the first protest, where over 100 people marched to the Sheriff’s station to challenge this ruling and to demand answers about the Robert Fuller, Jr., case.

On Saturday, June 13, there was a militant protest of over 2,000 people. On that day, we learned that County board Supervisor Kathryn Barger requested a task force for a deeper investigation, and the FBI was soon investigating as well.

On Monday and Tuesday, June 15 and 16, the Palmdale government and the coroner finally retracted their statement of calling it a death by suicide, pending further investigation.

The Sheriffs office tried its best to sweep this under the rug, but the community refused to let that happen. As in countless other small towns, these lynchings can be covered up by intimidation. But the people of Palmdale were fearless. They demanded answers, and they pushed the government to change.

Many types of lynchings

There’s many types of lynchings, but the key thing that makes them lynchings is the political nature and gruesome violence used. This is a part of a white supremacist reaction to this reinvigorated Black Power movement, the rebellion of African people across this country.

A lot of us have been flooded with videos of police violence, harassment, intimidation and murders. George Floyd’s taped murder allowed us all to have a window into his last, terrifying moments. It filled me with a hot rage and a burning desire to get out to the streets and march.

But there’s another terrifying type of lynchings – those done in the dark, in silence, with no cameras, leaving only the scarred remains of a person that was previously full of life and energy. It fills me with a cold rage.

Lynchings are a method of terror used by white supremacists from the slave ships, to plantations, to the big cities, to the voting booths. They are meant to show that no matter how much we fight, we can still be killed. But no matter how many fighters and innocent people the racists cut down, the freedom march will not stop. The generations of lynched African youth and freedom fighters lost show us that we must shed our fear and stay in the streets until we’ve won a new society.

Those who move in darkness will be brought to light, and justice will be won by mass struggle.

The community is demanding an independent investigation into the death of Fuller because the criminals in the Sheriffs Dept. can’t investigate themselves. The PSL stands in solidarity with the community of Palmdale in their quest for truth.

We demand justice for Robert Fuller, Jr., in Palmdale. We will keep fighting, and we will keep organizing until precious lives like those of Oluwatoyin Salau, Rayshard Brooks, Dominique Fells and James Scurlock are safe from violence, and our people are liberated. 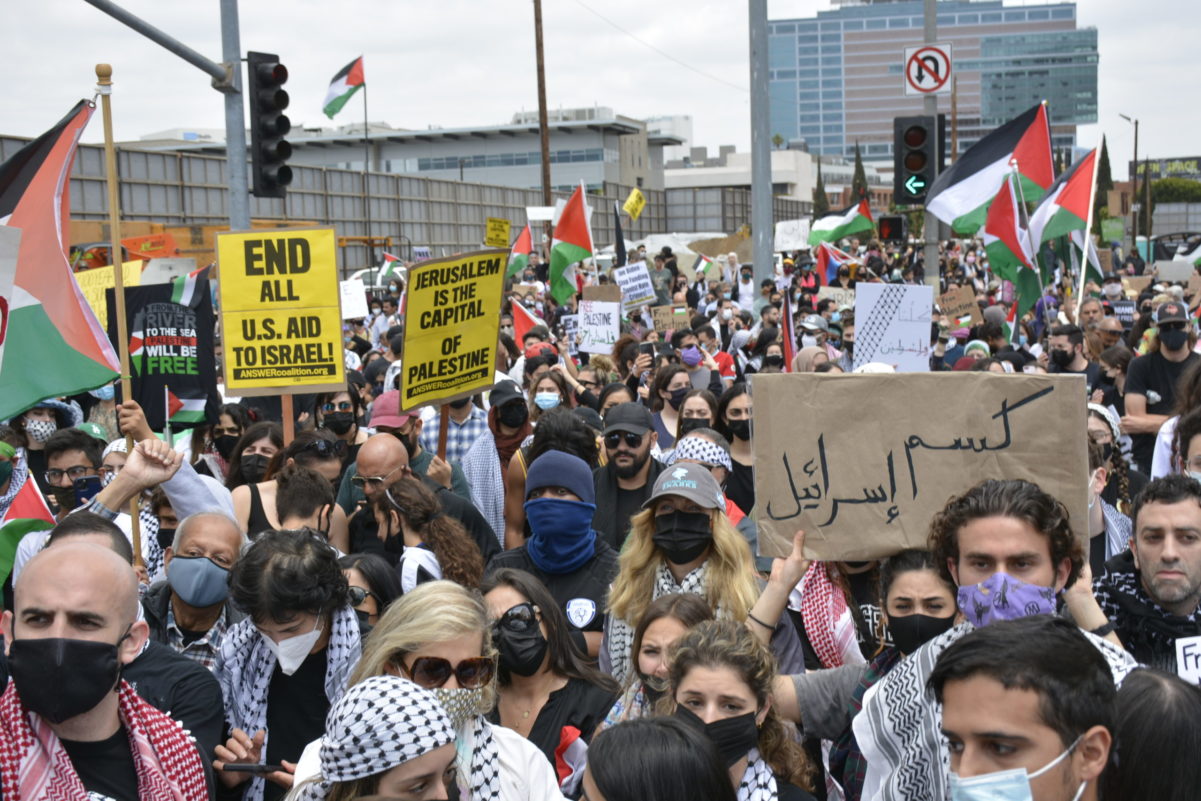