A Texas law banning abortion at six weeks is set to go into effect on September 1. This atrocious ban, SB 8, also known as the heartbeat bill, will make it nearly impossible to access abortions in Texas. Many people do not even know they are pregnant before six weeks. SB 8 requires providers to check for fetal heartbeat before performing an abortion and bans them from carrying out the procedure if one is detected which is unlikely at six weeks of gestation. According to Dr. Saima Aftab, medical director of the Fetal Care Center at Nicklaus Children’s Hospital in Florida, “The heart is far from fully formed at this stage, and the beat isn’t audible; if doctors put a stethoscope up to a woman’s belly this early on in her pregnancy, they would not hear a heartbeat.”

Many states have attempted to enact similar so-called heartbeat bills, but they are frequently prevented from doing so through lawsuits. SB 8, however, is unique in that it transfers the enforcement of the restrictions over to private citizens rather than the government. This allows the state to avoid legal culpability. Most women are unaware of their pregnancy in the earlier weeks of their first trimester and may face obstacles in getting an abortion as they move into later weeks. Resources and access to safe abortion providers become lacking as time progresses. Coupled with the heartbeat bill, this would make it near impossible for women to access abortions in Texas, and will inevitably force women to either travel great distances to receive the necessary care, or to access less safe underground services.

SB 8 poses a threat to anyone considered to have helped someone access abortion. Through possible monetary compensation it encourages private citizens to find anyone aiding in an abortion and sue them for abetting women. If successful with the lawsuit against either the provider or an individual who helps in any form — from a supportive friend accompanying a woman to a driver transporting her to the clinic, the accuser will receive a $10,000 bounty. This criminalizes any action that can be deemed as helping someone seeking a lifesaving procedure for those who cannot and/or do not want a pregnancy to proceed.

Among those who can be considered to be “aiding or abetting” those seeking an abortion are clinic escorts. Breaking the Chains Magazine spoke to Benita Ulisano who represents the Clinic Vest Project and the ICAT (Illinois Choice Action Team) Clinic Escort Program. Both organizations provide reflective safety vests to clinics for escorts to wear while dealing with anti-choice protesters who harass clinic patients.

BTC asked Benita how she feels about SB 8 and the bounty that could be put on Clinic Escorts. She stated, “I think it’s dangerous, ridiculous and scary. They are setting a precedent to allow for violent attacks against people and those helping them who are just exercising their right to choose.”

In light of SB 8, an anti-abortion group launched a new website calling for “pro-life whistleblowers to anonymously submit tips on anyone that they suspect is seeking an abortion.” The bounty hunt further creates climate harassment against those seeking essential abortion care. The harrassment and tactics of pro-life forces are exactly why clinic escorts exist to provide and protect anyone seeks an abortion. Benita said, “Some clinics have more aggressive protesters than others. Harmful rhetoric, lies and scare tactics are part of the anti-choice antics for some not all, while others do just pray. CVP’s vest requests exploded between the year 2015-16 due to the harmful rhetoric from videos released regarding Planned Parenthood and more antis were showing up at clinics where they weren’t before regardless of whether or not it was a Planned Parenthood or not.”

Benita also spoke to how the Hyde Amendment has impacted her organizations’ work for those who cannot access abortion care at all. It has put people in hardship because they have to personally fund their procedures and sometimes forgo basic needs to pay for an abortion and related care. The Hyde Amendment is no different in Texas than it is in Illinois, where the ICAT Clinic Escort Program is located.

SB 8 is an attack on reproductive rights everywhere. The need to push forward and fight any ban that comes along can be seen when looking at the movement today defending Roe v. Wade. Benita said it best: “…Even with Roe there are still so many obstacles. I fear that in many states abortion will be illegal based on existing trigger laws, the makeup of the Supreme Court and the constant chipping away at Roe since its passing in 1973. Our side is stronger than ever though, and I do believe those of us involved in the movement will find ways to keep safe and legal abortion accessible somehow.”

The bans on abortion and reproductive justice in Texas speak to the need to build an independent, militant movement in the streets that can challenge all current campaign, bans and laws restricting reproductive justice and women’s rights that were won by a militant women’s movement in the streets. The movement that won and has since defended Roe v. Wade cannot be stopped; it has saved countless lives and normalize that abortion is healthcare and essential. 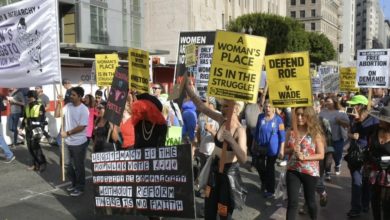 Sign a petition to legalize abortion once and for all 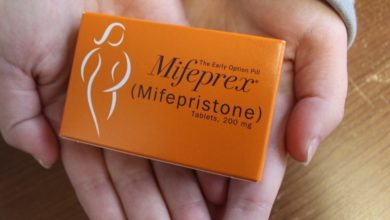 FDA allows abortion pills by mail and through telehealth