Meles Zenawi, who died Aug. 20, led Ethiopia for the entire post-Cold War period. With his death, one of Africa’s most dominating politicians has passed from the stage. To trace his history is to engage with all the crucial questions that have vexed modern Ethiopia.

Zenawi had several seemingly contradictory political identities: Tigrayan nationalist (leading a struggle for secession of the Tigray region of Ethiopia), Hoxhaist (ideological follower of Albanian Communist leader Enver Hoxha) and capitalist reformer. The proverbial leopard cannot, however, change his spots. Throughout his career, Zenawi’s political enterprises always lined up neatly with the interests of Western imperialism. None of his political facelifts furthered the good of the Ethiopian people.

Zenawi was born in 1955 in Adwa, the northern Ethiopian city where in 1895 Ethiopian soldiers soundly defeated land-hungry Italian colonizers. He was a college student in 1974 when a group of revolutionary officers in the Ethiopian army overthrew Haile Selassie and established the People’s Democratic Republic of Ethiopia. The new regime, popularly known as the Derg, had a Marxist orientation and aligned itself with the Soviet Union and other socialist bloc countries. Caught up in the popular uprising that swept the emperor out of power, Zenawi became a leader of the Tigrayan People’s Liberation Front, the Tigray being both a region and a people, one of the many that exist across Ethiopia.

The area today known as the Horn of Africa has at different times been under the hegemony of various Ethiopian kingdoms and empires. The Solomonic dynasty had ruled large parts of this area from 1270 until Selassie’s fall in 1974. As the Solomonic rulers came principally from the Amhara people, other peoples such as the Tigray, Eritreans and Oromo faced oppression. This was the impetus behind the creation of the TPLF—to assert the right of self-determination on behalf of the Tigray people.

National unity quickly became an important issue in the wake of the popular uprising that deposed the emperor. Organizations representing, or at least claiming to represent, various ethnic groups quickly made claims and counter-claims to large sections of Ethiopia. By contrast, the new revolutionary government emphasized national unity.

The Derg realized that self-determination did not exist in a vacuum, and in fact such claims were becoming a danger to the social revolution taking place in Ethiopia. Western imperialist powers were terrified of the new Derg government. They recognized that the Derg were not simply sloganeers but were determined to move forward with deep-going social change. Ethiopia was poised to become a center for the broader revolutionary movement in Africa.

For Western imperialist powers, the various nationalistic insurgencies in Ethiopia were a convenient way to derail revolution in the Horn. The United States and its allies backed invasions from neighboring countries and the anti-Derg rebels.

Whether the TPLF under Zenawi accepted CIA funding is unknown, but the CIA was well aware that “humanitarian aid” from Western governments and charities was funding TPLF activities.

Attempting to create a ‘fifth course’

At the time, however, Zenawi and his comrades struck a radical pose of their own, situating their struggle as part of the broader struggle inside the socialist camp. In the early 1980s, Zenawi and other key TPLF cadres formed the Marxist-Leninist League of Tigray, aligning themselves with Enver Hoxha’s Albanian regime, which was attempting to create a “fifth course” in opposition to the political lines of the Soviet, Chinese, Yugoslav and West European Communist parties.

Practically, the TPLF was a nationalist peasant grouping with Maoist coloring. With Zenawi heading the leadership core, the TPLF found fertile ground in the rural areas for its cause, as significant numbers of more well-off peasants resisted Derg land-reform strategies, which aimed at expanding and appropriating agricultural surpluses to finance social services and industrial development. This discontent led the TPLF to fairly quickly become the dominant force in the Tigrayan countryside. Prioritizing the national struggle over social revolution made it easier to capitalize on peasant opposition to the Derg’s land collectivization policies and accompanying large-scale resettlements.

The TPLF quickly became the most effective anti-Derg armed force, and beginning in the late 1980s was able to play the key role in the united front of opposition groups that overthrew the Derg in 1991.

After the fall of the Derg

After the fall of the Derg government, the TPLF created the Ethiopian People’s Revolutionary Democratic Front, a formation dominated by Zenawi and his organization. Despite the revolutionary rhetoric regarding self-determination and federalism, other than some relatively superficial de-centralization measures, economic and political power rested with Zenawi and his closest supporters.

Very quickly, Zenawi did away with Marxist pretensions and embraced a statist form of capitalism. To this day, agriculture remains Ethiopia’s principal economic activity with 83 percent of the population living in rural areas. Eighty-one percent live on less than $2 a day; tens of millions are food insecure, something brought into sharper focus when one considers Ethiopia is among the 15 least-developed countries in the world.

Most of the foreign exchange inside the country comes from agricultural exports, which Zenawi sought to vastly increase by dispossessing large sections of the peasantry from their land. The Ethiopian state under Zenawi continued to control rights to all land in the country, leasing it to peasants. But now under spurious declarations about “empty” land, Zenawi and his government sold tens of millions of acres to investors from outside the country, many from the Gulf Arab states.

In the past decade, Zenawi also became a reliable ally of the United States in the so-called “war on terror.” In 2006, when the Islamic Courts Union took power in Somalia, the United States sought to destabilize that country, viewing it as hostile to U.S. geo-strategic interests. Zenawi, concerned about his own vulnerability to destabilization on the Somali border, happily did the bidding of the U.S. government. With U.S. political and logistical support, Ethiopia invaded Somalia a year later.

This invasion accomplished very little other than destabilizing Somalia and sending it deeper into poverty and devastation.

Meles Zenawi’s career, while dominated more by regional than international concerns, only served to further the needs of Western imperialism. In both the Cold War and the “war on terror” periods, his actions served to solidify U.S. geo-strategic hegemony. Further, his actions in undermining the Derg regime forestalled the potential for social revolution, and failed even to curb the reality of national oppression in the Horn that Zenawi was supposedly dedicated to ending.

Rather than uplift Ethiopian society, as some of his admirers suggest, Zenawi’s legacy is of collaboration with imperialist interests and personal enrichment at the expense of the people. The great potential of post-Imperial Ethiopian society remains unfulfilled, and it is up to the people to seize it. 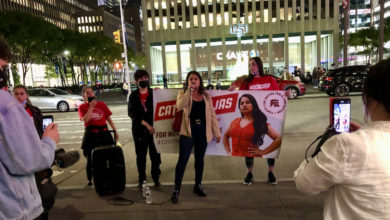 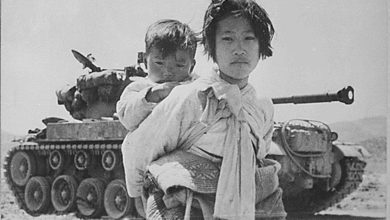