The following is a statement from the Geneva Women’s Assembly.

Over a thousand people from across the country have added their names to a petition expressing solidarity with City Councilor Laura Salamendra of Geneva, New York. A leading advocate for police accountability, Salamendra was instrumental in implementing the People’s Peaceful Protest’s demand for a police review board. The People’s Peaceful Protest is Geneva’s local youth-led Black Lives Matter group.

On June 7, the Mayor of Geneva allowed pro-police demonstrators to shut down a public meeting and shout down and physically approach Salamendra. For over a year, far-right reactionaries in coordination with the police have carried out an intimidation campaign against her, with tactics ranging from constant drive-bys to death threats. She is being singled out because of her role in trying to put an end to racist lawless policing.

“The overwhelming success of the petition is yet another indication of the strength of the movement for racial equality, police accountability, and gender justice,” said Geneva Women’s Assembly member Hannah Dickinson. “The commitment and fight back that we saw in the streets last summer in the wake of the police murders of George Floyd, Breonna Taylor, Daniel Prude, and so many others are continuing. The outpouring of support, especially from people in rural parts of the state, shows the people’s movement for justice is everywhere! When we stand together we are so much stronger than the forces who oppose progressive change.”

The petition condemns the harassment Salamendra has experienced from the police and their supporters. It holds Geneva Mayor Steve Valentino, City Manager Sage Gerling, and Police Chief Mike Passalacqua responsible for allowing the threats and intimidation tactics to continue.

“Our goal with the petition was shedding a light on what has been happening in Geneva,” explained Penny Hankins, from the Geneva Women’s Assembly. “It is unacceptable for the Mayor and City Manager to tolerate and encourage people interrupting and shouting down an elected member of Council. The petition shows that people all over the country agree with us that this sort of behavior has to stop now.”

People demanding an end to the sexist attacks on Salamendra will demonstrate their ongoing solidarity and commitment to the movements for racial and gender justice and for police accountability at a rally before the July 7 City Council meeting. Co-sponsors of the rally include Code Pink, FTP ROC, Enough is Enough, Finger Lakes Rapid Response, the People’s Peaceful Protest, Ithaca DSA, XRA Rochester, PSL Syracuse, PSL Albany, and PSL Finger Lakes.

The petition can be accessed at https://genevawomensassembly.org/petition/. 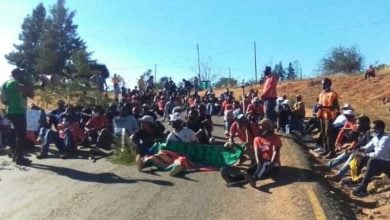