On today’s episode, Brian and Lee Camp discuss the latest revelations about the CIA’s attempts to take revenge on Wikileaks for exposing the secret crimes of the U.S. government. This went as far as planning to assassinate Wikileaks’ founder Julian Assange, who was at that point confined to the Ecuadorian embassy in London. Now in prison, the fight to free Assange continues.

They also discuss the case of Steven Donzinger, an international environmental lawyer who took on Chevron and won — but has now been sentenced to prison in a case of retaliation that has drawn global outrage. They also discuss the political right turn made by Tulsi Gabbard.

Lee Camp is the host of the TV show Redacted Tonight and author of the book Bullet Points & Punch Lines. Check out his work at www.LeeCamp.com 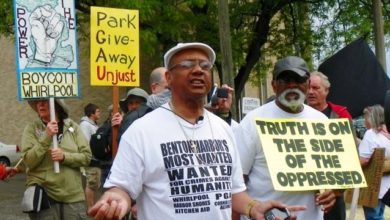