The Russian Revolution in 1917 brought the Bolsheviks to power. For the first time in history the working class seized and held state power. What was the experience of the Soviet Union? How did it change global politics in the 20th century? What did socialism achieve and what caused the Soviet Union to fall in 1991?

In Part 1, we explore the socialist revolution that brought the Soviet Union into existence and the civil war that immediately followed. Millions died defending the new country, defeating the counter-revolution but then facing the enormous task of rebuilding a nation devastated by war.

In the first part of this series, Brian is joined by Carlos Martinez, author of “The End of the Beginning: Lessons of the Soviet Collapse,” co-founder of the No Cold War Campaign, and editor of the political analysis site Invent-The-Future.org. 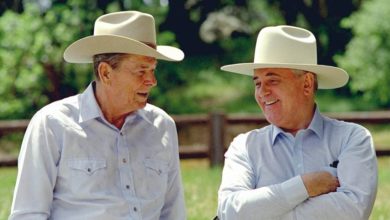 Gorbachev: darling of the West, despised at home and worldwide