We are a group of City Year workers and alumni who refuse to stay silent about the exploitation we experienced while working at schools in cities across the United States.

City Year has programs in New York City, New Orleans, Boston and 24 other locations. We wrote this article to articulate the experience of the more than 2,500 City Year workers who are duped, used and spit out every year by an educational system that every year looks increasingly like a for-profit enterprise.

City Year CEO Michael Brown says that “idealism is the practice of forming ideals and living under their influence.” On their website, City Year claims to uphold the values of “collaboration, communication and empowering disenfranchised students.” But what ideals does City Year actually stand for?

We, corps members, live in poverty, work 10-12 hour days five or sometimes six days a week, have no benefits, and are forced to rely on food stamps or eat leftover food food from the cafeterias of the schools that we “serve.” If this were not enough of an insult, the government taxes our paltry $275 dollar stipend.

We also have no right to free speech or labor protection laws. Under the AmeriCorps service agreement, City Year is exempt from labor laws, from the minimum wage to the right to free speech with the goal of organizing. Any City Year employee who speaks out against the conditions they work under could face legal consequences.

Meanwhile, the supreme “idealist” himself, Michael Brown, receives a whopping $370,000 salary per year. For anyone doing the math, CEO Brown makes thirty times more than us and works 30 or 40 hours less than us every week.

How can City Year implement “social justice for all” when the very foundation of its model is exploitative and disingenuous?

The privatization of education

City Year is a sophisticated scam that undercuts public education. AmeriCorps programs are not supposed to replace existing workers. But it’s clear school systems use City Year to appear to be “doing something” in under-served schools, without having to hire certified and highly-qualified Special Education teachers, after-school staff, recess coaches, counselors and substitute teachers. By super-exploiting and holding up City Year corps members as examples of “sacrifice and commitment,” they pressure teachers to do more work for less pay.

Functioning as a type of subcontractor, City Year is a backdoor tool to privatize education, providing services that would be rendered obsolete in a well-funded, unionized school. Like teachers at charter schools, corps members have fewer years of classroom experience and a higher turnover rate than their public school counterparts. And corps members come at only a fraction of the cost.

Kristen Steele of the non-profit Local Futures estimated that that “the educational market” exceeds $700 billion dollars. The educational market refers to the potential profits that can be made off of all of the goods and services associated with education. Hiding behind buzz words like “education reform,” the vultures swoop in, as they did in the health care industry, not motivated by student needs, but by money. 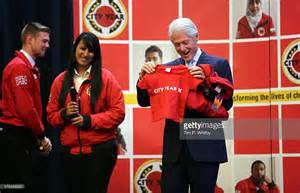 It comes as no surprise that Michael Bloomberg, Hillary and Bill Clinton and Bill Gates are all advocates of this education “deform” project and proud supporters of City Year. To celebrate City Year’s 25th anniversary, Mitt Romney’s Bain Capital, one of the largest investment firms in the country, hosted a celebration where Bill Clinton was honored.

City Year is part of a well-varnished, “you scratch my back, I’ll scratch yours” relationship between politicians and corporations. The corporations get to advertise their brands as community-oriented, with tax-deductible donations, while politicians solidify their ties to big corporate backers and receive a slickly-marketed, low-cost product that supposedly is advancing the educational needs of children in poverty. The whole thing is built on our time and labor — far below minimum wage — and further damages the public education system.

The following testimony from a 23-year-old worker captures the City Year reality:

“I have been so overwhelmed with work and deprived of sleep, that I have caught myself sleep-walking in school hallways. I have snapped at the children I was serving and have been completely disengaged due to extreme exhaustion. I have stayed countless late nights at the office on 22nd Street until 9 pm trying to complete lesson plans and meet deadlines, arriving home in Brownsville, NY at 11 p.m. I then have to be up again at 4:30 a.m.

My phone service was cut off because the City Year pay wasn’t enough. After all the 90+ minute commutes, faking a smile in the front of the school for the school community during morning greeting, wiping tables, managing the behavior of hundreds of screaming students in the cafeteria, stopping fights, consoling crying children, preparing lesson plans in four subject areas, collecting and grading assignments, proctoring tests, hall monitoring, doing pull-out interventions, spending my own money on incentive systems, checking class work, serving lunch, picking up trash, monitoring recess, escorting children to the nurse, facilitating after school lesson plans, event planning, facilitating team building activities, entering data, compiling student assessments, translating, calling parents about attendance, informing parents on the child’s progress during conferences, referring children to special services such as school social workers, organizing awards events, and so much more, after all of this I am told when I voice a complaint to managers to shut up and take it because I am “not an employee”! I am not a “volunteer,” I am a worker and my work matters.”

The City Year big wigs argue that if they dedicate more funds to our stipends, they will not be able to recruit as many corps members.

This is contradictory because many corps member quit the program due to the inability to cover living expenses. The high turn-over of young mentors and educators is heartbreaking for students who are already vulnerable.

The 2015-2016 service year was one of the hardest in terms of retention rates nationwide. For example, a third of the corps at the New York site, which started with 300 members, quit or were fired for petty offenses. City Year New York then recruited the biggest cohort of mid-year corps members yet, 30, to replace those who left. Despite the shorter contract of five months, many mid-year corps members did not make it to the finish line. This loss of CY members only increases the workload of everyone else and destroys any sense of team morale and solidarity.

City Year managerial staff has the nerve to say that paying poverty level wages will help corps members empathize with the community they serve. What an insult! Unlike the outside, mostly white supervisors, the majority of us are Black and Brown youth from these very communities!

We say to CEO Michael Brown: We already know what poverty is all too well!

We want to escape poverty, not further languish in it.

Perhaps you Mr. Brown and your cohorts, since you believe so much in “shared experience,” should take a pay cut so that you can empathize with us in the Bronx, South Central, Houston’s 3rd ward and the oppressed communities of this country.

Some volunteers can call their parents for financial help when the going gets tough; many of us do not have that option. Those City Year “volunteers” who come from more privileged backgrounds should know that volunteering for a few months and receiving an exploitative pay rate does not show you how poor people live. Poverty is the denial of freedom. No one should accept that, which according to City Year’s condescending logic is some sort of “sacrifice” or “solidarity.” We need good-paying, sustainable jobs in our communities and schools, not martyrs who quickly burn out.

Some may counter-argue that if someone is not financially positioned to accept low pay, they should not take the job. First, for many CY workers, this is their only option. Secondly, contributing to a low-income community should not be something only the privileged can do.

Despite being told to be grateful for the pittance and disrespect we receive, we refuse to remain quiet.

If you are a City Year corps member or alum who would like to get involved, sign up with us. (The form is private and your name will not be published without your consent).