After three years of fruitless contract negotiations, over 3,000 pilots with the Alaska Airlines Air Line Pilots Association are gearing up for a strike to win a fair contract from the company. The union’s leadership voted unanimously on April 22 to recommend the membership strike against the company for the first time in the union’s history.

The membership will now vote between May 9 and May 25 on whether to authorize the strike. Pilots are demanding changes to draconian scheduling rules and that the company address staffing issues. There is a clear fighting mood to win it.

Fighting for control of our lives

Due to the company’s dehumanizing scheduling system, the pilots have lost control of their lives to serve the company’s bottom line. There is no such thing as a typical work week. The workers are scheduled for stretches that keep them from their families for several days at a time, often working weekends and holidays at the bosses’ whims.

Pilots endure grueling 9 to 12 hour days, despite performing a job where they are responsible for the safety of hundreds of passengers. The job has most pilots spending 60 to 75 hours a week away from home, making family life next to impossible.

Captain Marcus Williams, a former Alaska pilot who quit after years of frustration with these rules, said that if he had stayed with the company he saw himself “potentially never getting married, probably never having kids. The contract at Alaska didn’t offer [him] the flexibility [he] would have needed to have a relationship and to start a family.”

These longstanding issues have all been exacerbated by short staffing in a familiar pattern. The terrible working conditions and punishing scheduling for pilots, combined with losing pilots during the pandemic, has led to even more demanding schedules with less flexibility for those pilots who remain.

This is despite the company receiving assistance from the federal government totaling over $1.15 billion through corporate bailout programs passed by Congress in response to the pandemic. This was part of a massive $37 billion bailout for the largest companies in the airline industry with essentially no strings attached.

The workers are tired of being treated like machines, relentlessly worked to the bone. They are fighting back against these rules to win a fair contract where they can regain control of their lives and be treated like dignified human beings.

Captain Will McQuillen, a pilot for 16 years at Alaska, commented that “there has been a shift in focus towards shareholders and the results are where we are right now. The pilot group feels pushed. No one wants to strike, but a strike is becoming necessary.”

The workers held informational pickets all across the country on April 1 with 1,500 supporters on the lines across the country. This demonstration of their resolve already began to take a hit on the company’s operations. On April 1, the company was forced to cancel 9% of its flights, affecting over 15,000 travelers.

With the upcoming strike authorization vote, the pilots are preparing to do far more damage to the corporation’s bottom line to win demands met. However, they face more than just the airline bosses in their fight for dignity and control of their lives.

State intervention to defend the boss

The pilots are also up against the force of the state. Airline workers, as well as railroad workers, fall under the Railway Labor Act, which is even more unfair to workers than the already restrictive National Labor Relations Act. Essentially, the act allows the courts to block workers from taking action through legal injunctions against the union.

As a result, even a unanimous strike authorization vote by the pilots can be legally blocked by a federal judge who arbitrarily deems that the dispute does not warrant a strike. In fact, the federal government did just that earlier this year. In January, 17,000 unionized railroad workers at BNSF voted overwhelmingly to authorize their strike to change their own draconian scheduling system. However, the judge blocked the strike, saying the strike would cause too much damage to BNSF and the broader economy. The courts had nothing to say of the workers’ suffering — the company got bailed out, and the workers got sold out.

Despite the bosses and the state lining up against the pilots, they are unified and ready to fight. It has always been the united resolve of workers’ struggle that has forced the boss and the law to yield to our demands. To a room full of pilots ready to strike, Captain Christina Thomson spoke with pride to stand together to “show our employers that we know our value and are willing to fight for it.” 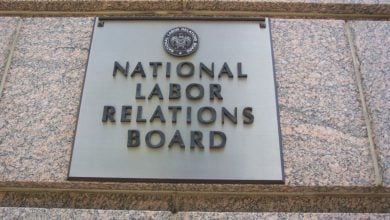 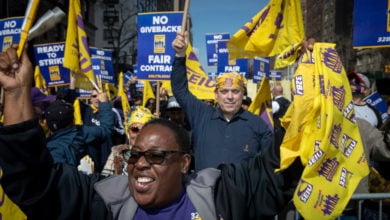