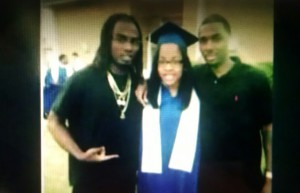 “You did it baby!” was the cry of family members for their loved ones graduating from Senatobia High School in Northwest, Ms. Now the three face a possible $500 fine and up to 6 months in jail for misdemeanor charges of public disturbance.

The three were immediately escorted out of the graduation ceremony and then later received warrants for their arrest.

“I can understand they can escort me out of the graduation, but to say they are going to put me in jail for it,” Ursula Millar told news teams about the ordeal at her niece’s graduation.

Because of racism and poverty, Mississippi’s graduation rate falls below the national average. Only 51 percent of Black students in Mississippi  graduate from high school.

There’s little need to explain that cheering those who succeed against so many odds is not the central problem.

Now that cheering may turn to chanting against a system that vilifies African Americans excited to see the success of their relatives. And those chants seem to be getting louder and louder. The epidemic of racism and mass incarceration must end.

Update: After over 10,000 signatures, the charges against the three family members have been dropped.