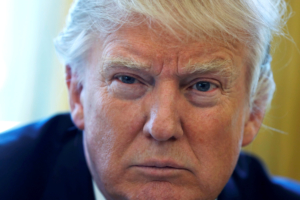 It is an imperialist tradition for the “opposition” to rally behind a leader, no matter how unpopular, in the face of a new war. This manipulative warmongering tactic was exploited by President Donald Trump on April 6, when 59 Tomahawk missiles were launched at Syrian government targets.

Trump claims that this attack was in retaliation for Syrian President Bashar al Assad’s alleged use of chemical weapons “against his own people.” The assertion that it was in fact Assad or the Syrian government that used chemical weapons has never been proved or even investigated, but in less than a day, it became indisputable “fact” in the U.S. media and subsequently in public opinion.

Up until now, a huge concern to elites has been Trump’s unpredictability; however, after this trait manifested itself in the form of a reckless attack on Syria, the resultant death and suffering were of little to no importance. Although the trend of inciting new wars for public support has been carried out by many U.S. administrations, the chauvinism is still astounding, especially that coming from the so-called left.

The liberal Canadian Prime Minister Justin Trudeau initially doubted the legitimacy of the claims against the Assad regime in an interview with the Globe, saying, “There are continuing questions about who is responsible for these horrible attacks against civilians, and that’s why I’m impressing on the United Nations Security Council to pass a strong resolution that allows the international community to determine … who was responsible for these attacks.”

However, once the missiles were launched and the smell of war was in the air, Trudeau did an about face. He then issued a statement: “Canada fully supports the United States’ limited and focused action.” Trudeau’s erratic stance on the situation epitomizes the control and impunity of the U.S. military industrial complex.

Another absurd response to the strikes came from liberal leaning MSNBC’s chief anchor, Brian Williams. He said, “We see these beautiful pictures at night from the decks of these two U.S. Navy vessels in the eastern Mediterranean. They are beautiful pictures of fearsome armaments making what is for them what is a brief flight over to this airfield.” He then asked his guest, “What did they hit?”

To answer this question, according to the Syrian Arab News Agency, the missiles hit and killed nine civilians, four of whom were children. It was as though Williams and his guest were witnessing a fireworks show and not the bombing of a sovereign state and the killing of its civilians.

Under the guise of “humanitarianism,” Trump has been able able to rebrand himself as “presidential” and gain support from those who had previously deemed him a buffoon and a fascist. It is perilous that the bipartisan support for last week’s attacks will continue to encourage Trump to act militarily. Warmongers on the left and right as well as in and out of Trump’s administration should only continue to be challenged.

The ANSWER (Act Now to Stop War and End Racism) Coalition organized nationwide emergency protests on April 7 to demonstrate resistance to the elitist military intervention. It is imperative to continually fight back against the proliferation of military force that doesn’t serve the interests of the international working classes or the oppressed.

Unmasked at last: All Seattle cops at fascist Jan. 6 rally have been identified