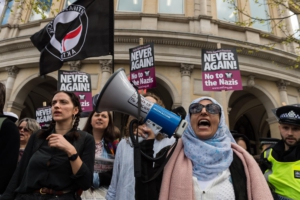 Jayda Fransen, the hated leader of Britain First, a fascist organization in the U.K., was exultant when Donald Trump retweeted several fake, Islamophobic news stories from her account on Nov. 29.

Trump set off a scandal across the globe almost immediately as British politicians and civic organizations called for Prime Minister Theresa May to cancel Trump’s upcoming state visit due to his incitement of racial hatred and promotion of the far-right so-called Christian fascists. May, in turn, wasted no time in condemning his actions. Trump responded however by defiantly rebuking Theresa May and telling her to focus on “Islamic Terrorism that is taking place within the United Kingdom.”

But the videos didn’t show any Islamic extremism in the U.K. and were simply another lie doctored by Britain First in their false campaigns to foment hatred.

Despite believing himself to be the only person capable of identifying what news is fake and what news isn’t, the U.S. President was once again quickly put to shame as people identified all three videos as coming from outside the U.K. Some of the videos are related to conflicts that were fueled by Western foreign intervention.

The first video was clarified by Dutch newspaper Telegraaf, which pointed out that an alleged attack on a boy on crutches was not carried out by a Muslim refugee but instead a dark haired Dutch boy against a fair haired Dutch boy, neither of whom were Muslims or refugees.

A second video depicting the destruction of a statue of Mary (the mother of Jesus) was actually taken in Syria and shows a member of Al-Nusra Front attempting to wipe out Christian artifacts from Syria during the dirty war that was supported by the U.S., Israel, and Gulf states. It was originally reported by Al-Alam a state broadcaster for Iran.

A third video depicting a man being thrown from a building was taken in 2013 when reactionaries associated with Mohammed Morsi in Alexandria, Egypt were rioting and attacking revolutionary youth for rising up against the rule of the Muslim Brotherhood, a right-wing organization that has received considerable support from the U.S. over decades as a bulwark against communist and radical movements in the Arab world.

Despite all videos being falsely attributed, the U.S. President has not backtracked on his promotion of fake news.

Fransen, as Deputy Leader of Britain First, has engaged in many political stunts as an avowed, white supremacist provocateur, including “invading” mosques and halal-certified slaughterhouses, where she would enter the mosque or slaughterhouse in order to badger those inside, as well as spreading anti-Muslim bigotry and false stories.

She and her co-thinker, Paul Golding, use social media to broadcast their intimidation tactics and fake news in the hopes it will win over disaffected sections of British society to their anti-Muslim crusade.

In the videos of their “patrols” in Bury Park and Whitechapel in East London, they typically end up surrounded by so many anti-fascist, Muslim, and immigrant youth that they are forced to retreat in defeat. When they visited a slaughterhouse that is “halal certified,” the workers simply shut them out. Despite the melodramatic music in the background of their mosque “invasion” videos, they only actually enter when there is a clear sign that they aren’t outnumbered.

In a series of these stunts in Bradford, their cowardice showed through as they refused to enter the only mosque that had an actual community prayer going on because they were clearly outnumbered and would have likely suffered another reprisal for their provocation.

In spite of these videos giving away their objective, numerical weakness on the streets, the videos are intended to cast British people (whom they consider to only be white Christians) as the victims of a Muslim takeover of their country. They racially label Muslim neighborhoods throughout the U.K. as “no-go zones” and have been caught doctoring narratives to foment anti-Muslim bigotry and hysteria. Their greatest influence is on social media where they have tens of thousands of people interacting with their content daily. They have even gone as far as using Photoshop to create false images, or in the case of Fransen’s Tweets, taking videos out of their original context to make false claims.

The real danger of these provocative acts however is their propensity to incite violence and sometimes near-riots. Their real intent is to demonstrate to the Muslim community that they are prepared at some future date to return and carry out terrorist attacks on their mosques and in their neighborhoods. They even went as far as threatening a Muslim mayor in Bradford by visiting him at his home address.

Fransen was charged for attacking a woman in hijab during a so-called Christian patrol through Bury Park in Luton, a primarily Muslim and South Asian suburb north of London, which landed her with weekly check-ins with the police and a ban from entering Bury Park. Both Fransen and First Leader of Britain First, Paul Golding, were also given charges related to their “patrols” in Luton for donning “political uniforms.” Fransen was most recently charged for crimes of hate speech at a tiny loyalist rally in Belfast, Northern Ireland, hosted by loyalist forces tied to loyalist terrorists and paramilitaries, just days before the Trump Twitter scandal. In addition to these assorted charges, both Fransen and Golding have been frequently picked up and interrogated by anti-terror police in the U.K.

Britain First originated as a far-right split away from the crypto-fascist British National Party. Britain First loses elections badly and plays pretend as an electoral party in order to be “accepted” as a mainstream political organization. Their program is encapsulated in remarks with British media by Fransen where she states that they will “drive out Islam from Britain,” and that, “if you don’t respect and embrace the values of this country … we would hang you for treason.”

In other words, if you threaten the demographic dominance of white Christian people, they will kill you all. Leaders of Britain First have further stated that they intend to carry out a “Holy War” and “crusade” against all Muslims in the U.K.

These bare-faced threats combined with Britain First’s paramilitary stylization, the specific targeting of U.K. military veterans for recruitment, engagement in combat training, and their ties to terrorist cells and paramilitaries that participated in anti-Republican bombings and violence in Ireland make them an especially dangerous group. They have gone as far as to say they will carry out a “campaign of direct action” against any journalists that report on their group’s activities, exposing their fascist character.

Their vitriolic program has clearly inspired a rise in hatred in the U.K. Thomas Mair was shouting “Britain first!” repeatedly as he shot and stabbed Labour MP Jo Cox and a bystander who attempted to stop the attack. Britain First was quick to distance themselves from Mair but only a fool would believe that their daily agitation and propaganda has no bearing on the actions of lone white supremacists in the U.K.

Brendan Cox, Jo Cox’s husband, stated on ITV, “This is a criminal group of people being retweeted by the president of our closest ally and that is a problem, because hatred has impact. When you drive hatred it has consequences, people lose family members. I am testament to that. Wherever that hatred comes from we need to crack down on it and this president is promoting it.”

In spite of the widespread condemnation, Golding claims that since the scandal, they are recruiting “hundreds of new members,” and their organic reach on social media has increased by “hundreds of thousands,” thanks to Donald Trump sharing their message and organization with his 44 million followers.

Despite the clear and real threats posed by Britain First their rallies have frequently been dwarfed by much stronger anti-fascist mobilizations and they are unable to operate anywhere without facing direct opposition or receiving an immense helping hand from British police.

While they have been elevated by Trump and will inevitably see growth among reactionary sections of British society, they have also become more widely exposed and condemned than ever before with MP after MP calling for the cancellation of Trump’s visit and for measures to be taken against Britain First, and more importantly, with working class organizations preparing for the battles to come.

The working class of Britain won the Battle of Cable Street and eventually buried Mosley’s British Union of Fascists in the first half of the twentieth century, and later on beat back the neo-fascist movement through the 1980s with direct confrontation. Britain First will suffer the same fate as their predecessors. 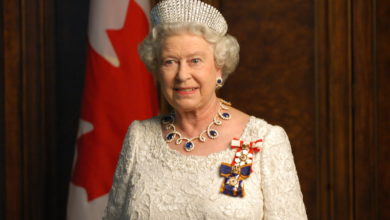 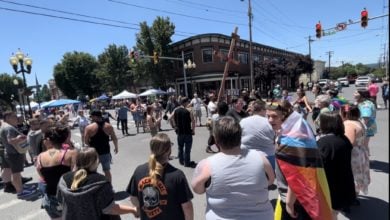