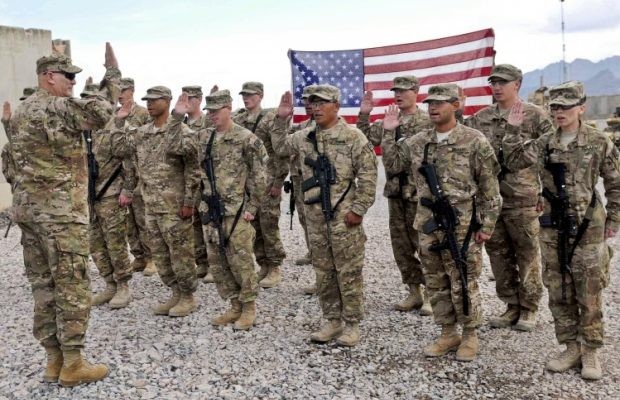 President Obama announced on April 28 that an additional 250 special operations forces will be deployed to Syria. Speaking in Hanover, Germany, Obama said: “Just as I approved additional support for Iraqi forces against ISIL, I’ve decided to increase U.S. support for local forces fighting ISIL in Syria.”

Even though Obama’s public rationale for deploying forces to Syria is the fight against ISIS, in reality the function of these troops is more likely to train and organize “moderate,” pro-imperialist “Free Syrian Army” rebels in Syria. While the FSA at times has had clashes with ISIS over control of territory, FSA’s mission is not to fight ISIS but to overthrow the secular state of Syria.

It has been nearly two years since the Islamic State gained control of Mosul, Iraq’s second largest city. It is widely known that major operations are being planned in hopes of driving ISIS out of Mosul. So if defeating ISIS were the main objective of the deployment of additional forces, one would expect those forces to be deployed in Iraq, not in Syria.

Obama frames the new deployment in the context of recent battlefront victories against ISIS: “So given their success I’ve approved the deployment of up to 250 additional U.S. personnel in Syria including special forces to keep up this momentum.” But recent ISIS defeats have not been the product of battlefront victories by pro-West Syrian rebels or U.S. special ops forces. ISIS defeats have been at the hands of the Syrian Arab Army, simultaneously fighting ISIS and a conglomerate of other rebel forces, including Al Qaeda-allied Nusra Front and the U.S.-sponsored FSA.

The major battlefront in Syria in recent months has been Aleppo, Syria’s most populated city prior to the start of the civil war. Aleppo has long been divided between a government controlled section, an ISIS controlled section and a section controlled by other non-ISIS rebels, including the FSA. The Syrian army has been advancing on all fronts and severely limiting the supply lines to the various rebels, supply lines from NATO-member Turkey, which has long provided full support to the anti-government rebels.

In February, a cease fire, mediated by the UN Special Envoy on Syria, Staffan de Mistura, took effect. Against expectations, the cease fire held for some time. But as acknowledged by even de Mistura, the cessation of hostilities has now effectively fallen apart. De Mistura’s effort now is to negotiate a new cease fire. He has announced plans to visit Moscow shortly.

Ever since Russia’s air campaign in support of Syrian President Bashar Assad started in September 2015, the tide of the Civil War has decisively turned in favor of Damascus. The Obama administration may now have given up hope of the pro-imperialist FSA to overthrow Assad and take over the country, a now most improbable outcome given the relative weakness of the FSA. However, the FSA is the strongest card the United States has to influence negotiations over the future of Syria. The Obama administration does not want the FSA to be annihilated or further weakened.

This is a continuation of U.S. policy towards ISIS and Al Qaeda. It wants to use them while it suits Washington’s aims. If the U.S. priority were to fight ISIS, it would throw its support behind Syria’s government, by far the most significant force fighting against ISIS on the ground. But Damascus is too independent to suit Washington’s taste, so it must be overthrown. That continues to be as high a priority for Washington as the defeat of ISIS.

In the remaining months of the Obama administration, it is unlikely that we will see U.S. military presence in the region escalate into an all-out military intervention. However, Clinton and Trump, the presumptive nominees of the two major capitalist political parties, are both likely to pursue more hawkish foreign policies. Clinton’s tenure as the secretary of state shows that she is as pro-intervention a politician as any, as evident by her efforts to overthrow the Libyan state and cause its descent into its current miserable state, thanks to U.S./NATO bombing.

There is a real danger in the not so distant future of incremental increases in U.S. forces in Syria leading to another U.S. invasion. Such a development will have an uncertain prospect for reversing Washington’s fortune in creating a U.S. client state in Syria. But what is not uncertain, is that it will have disastrous consequences for the people of Syria and the rest of the region. The U.S. anti-war movement should unequivocally oppose U.S. deployment of forces in the region, large or small.