The wave of new union organizing that has swept across the United States in recent months has hit the world of professional sports in a big way. On September 10, Major League Baseball and the Major League Baseball Players Association announced that they had finalized a card check neutrality agreement. A majority of players in this large, national bargaining unit had already signed union authorization cards, so official union recognition followed quickly on September 14.

The successful negotiation of the card check neutrality agreement follows years of organizing among minor league players. The most recent efforts were spearheaded by an organization called Advocates for Minor Leaguers, which highlighted the difficult conditions faced by players trying to earn a living in baseball’s farm team system. In contrast to the image of highly paid sports superstars, the thousands of players toiling in the minor leagues earn an annual salary of between $4,800 and $15,400.

In addition, the 2018 Save America’s Pastime Act removed minor league players from the overtime and minimum wage protections of the Fair Labor Standards Act. Players travel from city to city and put their bodies through incredible strain, sustaining themselves on this substandard salary in the hopes that they will be one of the lucky few who advance to play in the majors.

Minor league players have shown that they are no longer willing to settle for the hope of individual escape from these abysmal working conditions. This decision and their recent success is an important victory for the labor movement. While many may not immediately think of professional athletes as workers, this is exactly what they are. The billionaires club of Major League Baseball owners make a killing by maintaining the minor league poverty system.

Even in the majors, the relatively high salaries of players pale in comparison to the profits reaped by the team owners. On top of this, the average major league player only plays for 5.5 years at this level before their body is too broken down by the rigors of elite-level professional sports and they are replaced by the fresher talent waiting in the minor leagues.

Given the role that sports play in American life, workers everywhere can point to the success of this organizing drive as an example that demonstrates that unionization is the most effective way for workers to have power on the job. That this is a victory for working people and the labor movement as a whole was driven home by the announcement just days earlier, on September 7, that the MLBPA is formally joining the AFL-CIO, the federation that includes the great majority of unions in the United States. According to a statement from the MLBPA, this decision was made “with the goal of supporting the efforts and strengthening the voice of the national labor movement.”

Planet Fitness workers strike: “Stand up, speak out, fight back” 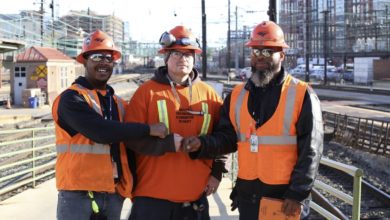