[Editor: The American Indian Movement was started in Minneapolis in 1968, by co-founders Dennis Banks and Clyde Bellecourt. In the sixth chapter of his book “Ojibwa Warrior,” Banks recounts the founding of that radical organization in resistance to the oppression of the Native community in Minneapolis. AIM would soon be propelled into the national and international spotlight for its militant resistance to U.S. government genocidal policy, with the Wounded Knee takeover and siege, among other actions.]

Friendships that went back a long time helped me survive the Indian ghettos of St. Paul and Minneapolis. Old friends from the boarding school who had gone into the military helped one another hang in there—guys like Fred Morgan, Bojack, George Mitchell and Floyd Westerman.

We all were drinking in those years, not really caring what the booze was doing to our health. But when we were together, we had good times. We had all served in the military and, during our get-togethers, would talk about our boarding school buddies who had never come back from the wars in Korea or Vietnam. Many times we cried.

Every year, the arrival of spring meant the opening of a season for hunting Indians, who provided slave labor for both the Twin Cities and the state of Minnesota. First came the annual renewal of the “quota system,” which meant that the police had to arrest a certain number of Indians—usually about two hundred every week—to provide unpaid labor for the workhouse and various city projects.

The cops concentrated on the Indian bars. They would bring their paddy wagons around behind a bar and open the back doors. Then they would go around to the front and chase everybody toward the rear. They rounded us up like cattle and booked us on “drunk and disorderly” charges, even if we were neither.

We were sent out to clean up stadiums and the convention center, which would take two or three days. It took me a while to realize that the police raided only the Indian bars and never the white ones.

For Indians, doing time in jail is almost a traditional rite of passage. About 1 percent of the Minnesota population is American Indian, but more than one third of all prison inmates in the state are Indians. We wind up in the slammer because we are too poor to raise bail, and because we cannot pay for an attorney. Inevitably, I, too, wound up in the penitentiary.

In 1966 I was indicted on burglary charges. I called it my “sixteen bags of groceries case.” I had to provide for a family of ten including myself. I had a miserable, minimum-wage job that could not support us, so I stole to put food on our table.

My partner in the escapade was a white man named Bill. I got five years, whereas he was sentenced to two years of probation and was released immediately.

I was stuck at Stillwater, the Minnesota state prison, from early 1966 to May of 1968. Inside the pen, I began to read about Indian history and became politicized in the process. I would read the papers and see that demonstrations about civil rights and the Vietnam war were going on all over the country. I desperately wanted to be part of a movement for Indian people, but we had no organization to address social reform, human rights or treaty rights. We had nineteen Indian organizations for social welfare and gathering clothes. These were needed, but there was no movement specifically addressing the police brutality that was an everyday fact for Indian people or the discrimination in housing and employment. Nor were there ever Indians speaking at those big rallies I saw on TV about the war in Vietnam or minority issues.

I did not want to spend all my time making twine and Minnesota license plates. I refused to be a typical prison inmate. I began to follow the anti-war movement, the marches and protests, the Students for a Democratic Society (SDS), the Weathermen and the Black Panthers. I made a commitment to myself that there would be an Indian movement.

When I got out of prison in May of 1968, I called up my old friend George Mitchell and said, “George, I want to get a movement going, and I would like you to help me.”

George and I swung into action in the summer of 1968. We contacted all of our relatives, friends, acquaintances and people from the reservations as well as from the Indian slums in the city. We went from house to house with five hundred leaflets, handing them out to every Indian we could find.

Our first meeting was set for eight o’clock on the evening of July 28, 1968, in the basement of a rundown church. In those days you could not get more than forty or fifty people to come unless there was some kind of handout—toys, clothing or a feed. I went out and bought a hundred plastic cups, some Kool-Aid, coffee and fifty donuts. I wrote on a scrap of paper the kinds of issues I thought we should discuss—prisons, courts, police, treaties, the government.

I opened the meeting. I told these people that I had called them together because I felt that we needed to talk as a group about issues that concerned us all:

People are fighting battles in the streets of Chicago. They’re fighting to stop the Vietnam war and bring about changes in the political party system. They’re fighting in the streets of Alabama to change the situation for blacks. The SDS movement is trying to change the whole structure of the universities. What the hell are we going to do? Are we going to go on for another two hundred years, or even another five, the way we are without doing something for our Indian people?

One man spoke of the police brutality and said, “When do you propose to go down there to Franklin Avenue, to all those Indian bars where the cops inflict abuse on our people every night?”

I told him, “We could go down there tomorrow ­morning.”

He said, “No, let’s go down there right now, tonight!” And that is what we did.

The man in a hurry to get things done was Clyde Bellecourt, a Loon clan member from the White Earth reservation. He spoke with such intensity that his enthusiasm swept over us like a storm. In that moment, AIM was born.

Clyde had some previous experience from organizing the “Red Ghetto People” in 1964 in Minneapolis. We immediately made Clyde the first chairman of AIM. I became the first field director. Together with George Mitchell, Harold Goodsky and a number of determined women—among them Francis Fairbanks and “Girlie” Brown—we formed AIM.

We had an organization, but we did not yet have a name for it. George Mitchell came up with Concerned Indian Americans, and for a short time we went with that until somebody pointed out that the initials spelled “CIA.” We finally settled on “American Indian Movement.”

We were on a roll. We painted three old cars red. Clyde had one, George had one and I had the other. With these cars, we immediately established an Indian patrol to prevent the police from further harassing our people. We patterned it after the patrol created by the Black Panthers in Oakland.

I rejected violence and some of the methods involving force adopted by the Panthers, but I knew that AIM would do what we had to do to achieve our ends.

As AIM began to work as a group, raising questions that had been dormant in the minds and hearts of Indian and non-Indian people alike, we questioned our beliefs about “necessary violence” and whether we should arm ourselves. I didn’t want AIM to be seen as a group that advocated violence, but, on the other hand, I felt that our people should not face heavily armed, racist cops empty-handed. There was just too much evidence of racism in the streets, and sometimes a show of strength can actually prevent violence. We bought walkie-talkies and began wearing identical red berets so that we were easily identifiable to other Indian people. We got into our red cars and drove down to the bars, where we stationed ourselves at the front doors. When the police turned onto Franklin Avenue, we would yell, “Here they come!” We had two cameras to film footage of the police storming into the bars, making arrests indiscriminately, and hitting people with their nightsticks. After we started our red car patrols, the number of arrests dropped dramatically.

Two years later, AIM’s membership had grown to five thousand. By 1973, there were seventy-nine chapters, eight of which were in Canada. We began to do a lot more than just confront police brutality. We had an attorney from the Legal Aid Society available every Thursday evening at AIM’s office to help people. We established a program to improve Indian housing. We improved communications between Indian and non-Indian communities. AIM set up its own radio program on Station KUXL to broadcast news of Indian concern. Eventually, we established our own alternative school for Indian kids—the Red School House.

We received a call from a Milwaukee man who said he wanted to set up an AIM chapter. He was Herb Powless, an Oneida of the Six Nations of the Iroquois Confederation. Herb soon took on a leadership role and we became lifelong friends.

As an AIM leader, I was in the public eye. People looked up to me. I was “news.” But I was still hitting the bottle. I stopped drinking on New Year’s morning of 1970, after having gone through a terrible night of d.t.’s.

Before, I would wake up in the morning with a six-pack of beer and immediately start drinking. On that snowy morning, I opened a can of beer, but as soon as I got it to my lips I remembered what I had gone through the night before. I told myself, “No, never again.” I poured all the beer down the sink. I have not had a drop of alcohol since that moment.

There was one more change I needed to make. I saw my reflection in the mirror—a gray flannel suit, white shirt, and necktie, looking like a respectable middle-class white man. “That’s not what I want to be,” I thought. I threw the necktie away and let my hair grow long. I began a new life. 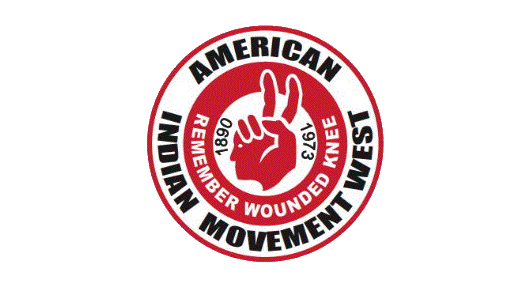 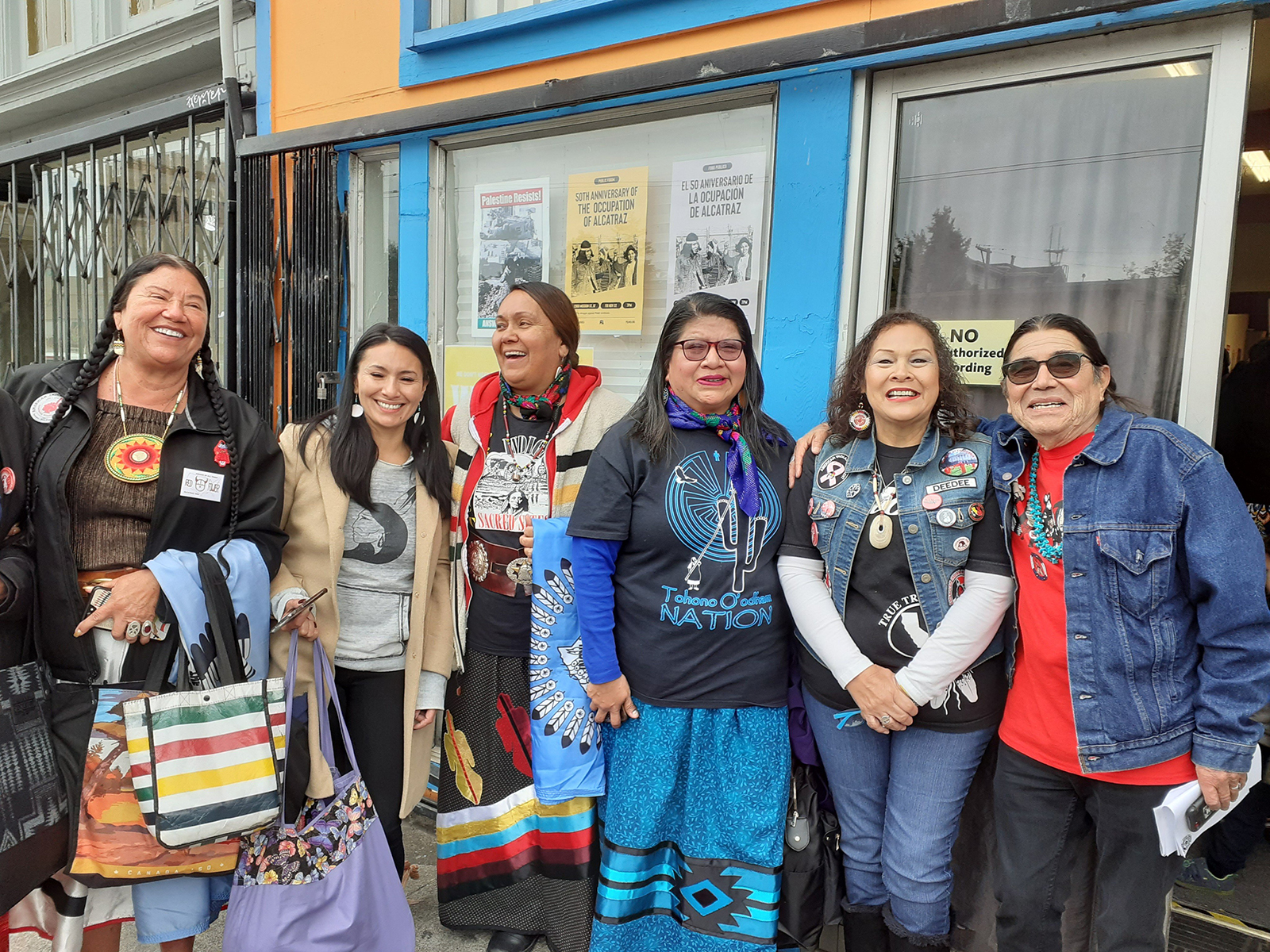 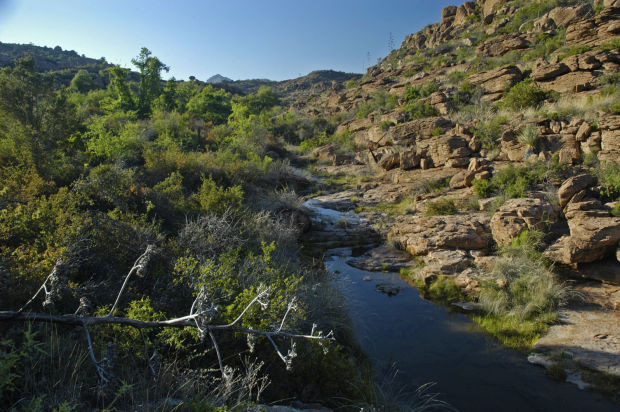 Resisting Columbus Day by taking over his statue