Huge crowds, perhaps as many as a million people, thronged the streets of Hong Kong on June 9 to express their opposition to a proposed change to Hong Kong’s extradition law. This mass action was followed-up by more militant actions a few days later that saw protesters throwing bricks, and police shooting rubber bullets.

The proposed amendment dealing with extradition is being presented across Western media as part of a tightening “totalitarian noose” around the “free and democratic” people of Hong Kong. The new bill, a fairly limited legal change, is facing almost universal condemnation by the most powerful Western nations in an effort to justify subjecting China to a new Cold War-style atmosphere.

Painting this proposed legal change as a creeping totalitarian threat to democracy misrepresents the facts. Hong Kong, known as a Special Administrative Region due to its special status, has its own code of laws and legal system, both of which are enshrined in the Chinese constitution. This status has been used by Western powers as a political football against the People’s Republic of China.

A Bill that may become law

The bill at issue is formally known as The Fugitive Offenders and Mutual Legal Assistance in Criminal Matters Legislation (Amendment) Bill 2019. It emerged in the wake of a 2018 case where a pregnant woman was murdered in Taiwan and the perpetrator fled to Hong Kong and could not be extradited since there is no extradition treaty between Hong Kong and Taiwan.

Despite being a part of China, Hong Kong SAR still maintains its own extradition treaties with other nations.

The opposition insists the amendment to existing extradition law will impede upon Hong Kong’s legal system in a way that turns their rights as residents of Hong Kong into a dead letter. This is, at best, an obfuscation.

The law only changes one real element of the extradition process: Currently in order to pursue extradition, there must be a treaty. Under the new law, the chief executive would be given the power to begin the process of extradition, on a case-by-case basis, in the case of countries seeking extradition where there is no formal treaty.

In terms of what crimes would even be eligible for this special procedure, the law would further limit the offenses to a threshold that actually excludes some serious crimes. The proposed law reaffirms that the basic rights of Hong Kong’s courts will still apply to the accused (rights akin to U.S. and British legal standards) and also implicitly gives the courts the ability to premise the extradition on certain agreements regarding sentence, custody, and treatment in the place of extradition. In other words, this is a fairly limited change. It also only applies to places where there is no relevant treaty, meaning that Hong Kong could develop more stringent rules regarding extradition to any given place, or raise its own standards for who it will extradite.

Without a doubt, today the average Hong Konger has more “democracy” in the Western sense than they did under British colonial rule. From 1843 until 1985, there were no elections of any kind in Hong Kong. The British government simply appointed a colonial governor and governing council. In fact, it was not until after the United Kingdom agreed to finally hand over the land they had seized from China that the British even decided to introduce limited suffrage.

The 1985 vote was an indirect vote, with literally only a handful of people voting. The first direct election did not take place until 1991. That election still featured a number of appointments by the governor, who was not elected. It was not until 1995 that the legislative council was fully elected.

Since 2010, the People’s Republic of China has added more seats both directly elected and in the so-called “functional constituencies” that represent subsets of the population in a type of electoral college. In other words, Hong Kongers elect more of their leaders directly and through constituencies than they ever have before in the history of the city.

This is in addition to the fact that — as laid out in the Hong Kong Basic Law governing the one-country-two-systems approach:

“The National People’s Congress authorizes the Hong Kong Special Administrative Region to exercise a high degree of autonomy and enjoy executive, legislative and independent judicial power, including that of final adjudication”

This context is critical, because any discussion of “democracy” has to be considered in light of colonialism. The Hong Kong Basic Law is based on a joint British-Chinese agreement to hand over Hong Kong. In other words, the very return of a city stolen from China by British colonialists was predicated on China agreeing to the terms of the colonialists who stole it.

As alluded to above, the “rights and freedoms” the British sought to enshrine did not at that time (1984) include universal suffrage or elections. It did, however, include protections for:

The entire context of the discussion about whether or not the legal change is appropriate is happening within a deeply anti-democratic context. That essentially it is “wrong” for China to change its own laws, and that the only correct course for any Chinese policy towards Hong Kong is a strict maintenance of the colonial status quo, imposed on China, by a colonial power that had no right to take the land in the first place.

To argue that the amended extradition law is “undemocratic” because it would expose a person to “unfair” trials on the “mainland” rings somewhat hollow when Hong Kong maintains an extradition treaty with the United States where one is, also, not guaranteed a fair trial.

There is clearly divided opinion on this issue in Hong Kong. Only 22 years since the end of colonization, Hong Kong has a unique and diverse society. Questions of how much to emphasize the “two systems” or the “one country” aspects concerning “mainland” China are often contentious.

However, the give-and-take is real. Mass protests shelved a central government proposed “national security law” in 2003. On the other hand,  the franchise was expanded in 2010 through a fairly unprecedented form of cooperation between the two main factions of the Legislative Council and the central government.

The last elections had a turnout of roughly 60 percent, a vital sign that there is broad legitimacy for the Basic Law status quo and its formal and informal political structures and culture.

Currently there are prominent voices, both individual and organizational, broadly considered “pro-Beijing” who are urging Chief Executive Carrie Lam to slow the process and engage in a broader consultation about addressing extradition issues. She is vowing to move forward. So the exact future of this issue is still somewhat cloudy. Overall this is a reflection of the fact that protests in Hong Kong often are not as simple as the basic political divisions between the “pan-Democrats” generally seen as more hostile to China and the so-called “pro-Beijing” camp.

One thing is certain, however. Western imperialist powers are cynically claiming to be friends of democracy, in order to do whatever they can to divide and weaken China. Hence the strong statements against the proposed amendment to the Basic Law from organizations like the U.S. State Department. Further, there are forces within Hong Kong that ultimately do not want to be part of the People’s Republic of China, that are now attempting to — as they consistently have — leverage Western governments and public opinion for their own anti-China purposes.

It is critical to expose the lies and manipulations about what is being proposed, as well as what it means, since the broader discourse feeds into a rapidly solidifying narrative of the need for a new Cold War-style confrontation with China to secure the world’s #1 position for U.S. corporate giants and ultra-wealthy. 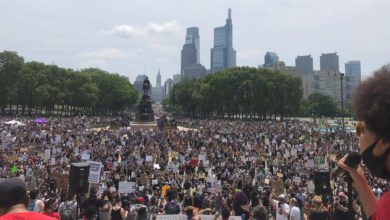 From rebellion to revolution