A striking letter was recently declassified that mentions a previously unknown CIA program involving the mass surveillance of people living in the United States without a warrant.

The nature of this surveillance and data collection is still being concealed. However, a letter written by Oregon Senator Ron Wyden and New Mexico Senator Martin Heinrich in March 2021 indicates that there is reason for concern. In the letter, Wyden and Heinrich criticize the CIA’s covert data collection — unknown to the public at the time — and demand that the agency declassifies its relationships with its sources. Further emphasizing the anti-democratic character of the surveillance, the letter notes that not even the Senate Intelligence Committee was made aware of the program’s existence.

Despite declassifying this letter itself, the CIA heavily censored all mention of the nature of the data. It was released alongside another heavily-redacted report, called “Deep Dive II,” that was part of a collection of studies conducted by the Privacy and Civil Liberties Oversight Board. These studies sought to identify the extent to which intelligence agencies have abused their power granted by Executive Order 12333, originally issued by President Reagan in 1981.

U.S. intelligence agencies’ long history of privacy violations and data misuse has relied heavily on Order 12333, which extended agencies’ existing powers and forced other federal bodies to cooperate with requests for intelligence. A recent example are the infamous 2013 revelations heroically released by whistleblower Edward Snowden, in which he exposed that the National Security Agency spent years collecting Americans’ phone data without their consent or awareness, among many other abuses. Using “national security” as an excuse to surveil without a warrant, the NSA secretly received sensitive data from major phone corporations about their customers.

This incident caused global outrage, forcing Congress to ban the bulk collection of telecommunication data by the NSA and FBI in 2015. But this effort to rein in the intelligence agencies was insufficient, as the letter released this week confirms. This precedent did not prevent the CIA from secretly launching — or continuing — its own collection program.

Although Attorney General guidelines for the CIA’s surveillance activities were made public in 2017, Deep Dive II found that the CIA never actually developed procedures to align its practices with those guidelines. Regardless, the CIA is prohibited by law from carrying out operations on U.S. soil. It is not only a moral outrage concerning the privacy of all people living within U.S. borders, but it is also even illegal according to the government that the agency serves.

Half-hearted efforts by Congress to deal with the accumulated power of the intelligence agencies have proven ineffective, pointing to a dangerous trend of normalizing a mass surveillance state that answers to no one but itself. All details about the CIA mass surveillance program must be immediately declassified so that those responsible can be held to public account. 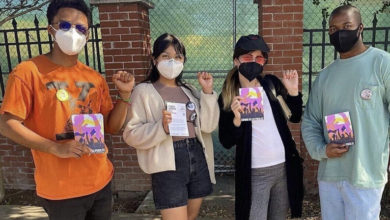 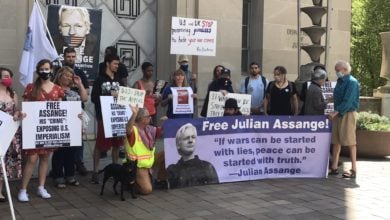