Since 2001, the United States has been running a global assassination program. There are over one million people on multiple watchlists. No proof of wrongdoing is required to get there and there is no judicial process. Instead, the White House and military have a bureaucratic process to select people from the watchlists and approve them for assassination, anywhere in the world at any time.

The United States’ weapon of choice when hunting down and killing people extrajudicially is firing missiles from drones.

Since the first attempt to kill someone with an armed drone was carried out in the autumn of 2001 in Afghanistan, up through today, the United States drone-based assassination program has killed a minimum of 8,858 to 16,901 people in Afghanistan, Pakistan, Yemen and Somalia. These numbers do not account for everyone. They are just the deaths that The Bureau of Investigative Journalism was able to confirm mainly from researching news reports. Nobody has tracked the gargantuan number of deaths in Iraq, Syria and Libya from U.S. drone assassinations.

For years, no one really knew how the whole U.S. assassination program worked. It was carried out in secrecy by Presidents George W. Bush and Obama. But then, in 2014, Daniel Hale, a young defense contractor and former intelligence analyst for the National Security Agency, leaked dozens of government documents to a journalist. One year later, The Intercept used that information to publish “The Drone Papers,” an eight-part series blowing the lid off the inner-workings of the United States’ coldblooded, drone-powered assassination program.

“I came to believe that the policy of drone assassination was being used to mislead the public that it keep us safe, and when I finally left the military, still processing what I’d been a part of, I began … believing my participation in the drone program to have been deeply wrong,” wrote a now 33-year-old Daniel Hale in an 11-page handwritten letter filed in a Virginia court on July 22.

Hale, indicted by the Trump administration in 2019, had just accepted a plea deal and the letter was his statement to the court while awaiting sentencing. In return for pleading guilty to one count of violating the 1917 Espionage Act, four remaining charges were dismissed. That meant instead of facing up to 50 years in prison, he was facing a maximum of 11. This is how the U.S. criminal justice system scores about 95 percent of all convictions: the state uses enormously inflated sentencing threats to coerce guilty pleas from defendants, thus avoiding evidence-based trials.

The Espionage Act was passed after U.S. entry in World War I. It was used to sentence Socialist Party leader Eugene V. Debs to ten years in prison for giving an anti-war speech in Ohio. One hundred years later, not much has changed. The government uses the Espionage Act more aggressively than ever to try to stop whistleblowers from informing the public about its criminal conduct in war.

Obama used the Espionage Act to prosecute more whistleblowers than every previous administration combined, a list that includes former Army soldier Chelsea Manning, who leaked video of U.S. massacres in Iraq and Afghanistan to the media along with other material. Trump tied Obama’s record in one term. And now Biden carries the torch. His administration sought a long sentence for Daniel while keeping the extrajudicial drone killings going.

Hale’s July 22 pre-sentencing letter explains why he leaked the documents. It concludes with these words: “I only could do that which I ought to do before God and my own conscience. The answer came to me, that to stop the cycle of violence, I ought to sacrifice my own life and not that of another person. So, I contacted an investigative reporter … and told him that I had something the American people needed to know.”

Thanks to Daniel Hale, the public learned a lot.

He revealed graphic new details about the “kill chain,” the decision-making process that ends with the President of the United States approving each assassination — at least those carried out by the Pentagon, since the CIA has its own drone assassination program, and those operations have yet to be exposed. Hale provided evidence of how the U.S government masks civilian deaths by categorizing all unidentified boys and men over the age of 16 that are killed in a strike as EKIA — “enemies killed in action” — unless proven otherwise postmortem. Pentagon documents showed that in northeastern Afghanistan, for instance, 90 percent of the people killed by U.S. drone strikes at one point were unnamed bystanders, easily swept under the rug by declaring them EKIA.

Another report showed that U.S. assassins usually don’t track people, they track signals from the phones and computers that they think belong to the person they have illegally sentenced to death. Drone missiles lock onto the source of a signal and incinerate everyone around, with faraway U.S. assassins hoping they murdered the right person. Hale also disclosed the secret rulebook the government uses to put people on its Terrorist Screening Database — better known as “the watchlist.” At the time, this list included thousands of U.S. citizens and green card holders not afforded due process, mainly Muslims. The Council on American-Islamic Relations, a civil liberties organization, used these revelations to sue the federal government for violating the Constitution, and they won.

None of the architects of this vast assassination machine have been prosecuted and jailed. Daniel Hale, however, was sentenced to 45 months in prison five days after filing his handwritten letter. He is now the latest of scores of political prisoners being held captive in the United States.

Daniel Hale, originally from the Virginia/Tennessee border in the economically-stressed Appalachian region, son of a truck driver, is in prison today for his honesty and morality. Meanwhile, the killers in the Pentagon and White House are still on the loose. But Hale’s courageous example shows that there will always be people who stand up to their crimes. 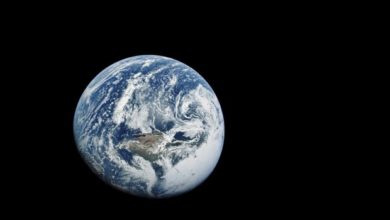 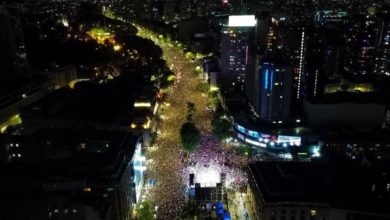 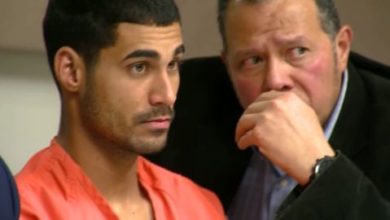