Will the U.S. start a war for Saudi Arabia? 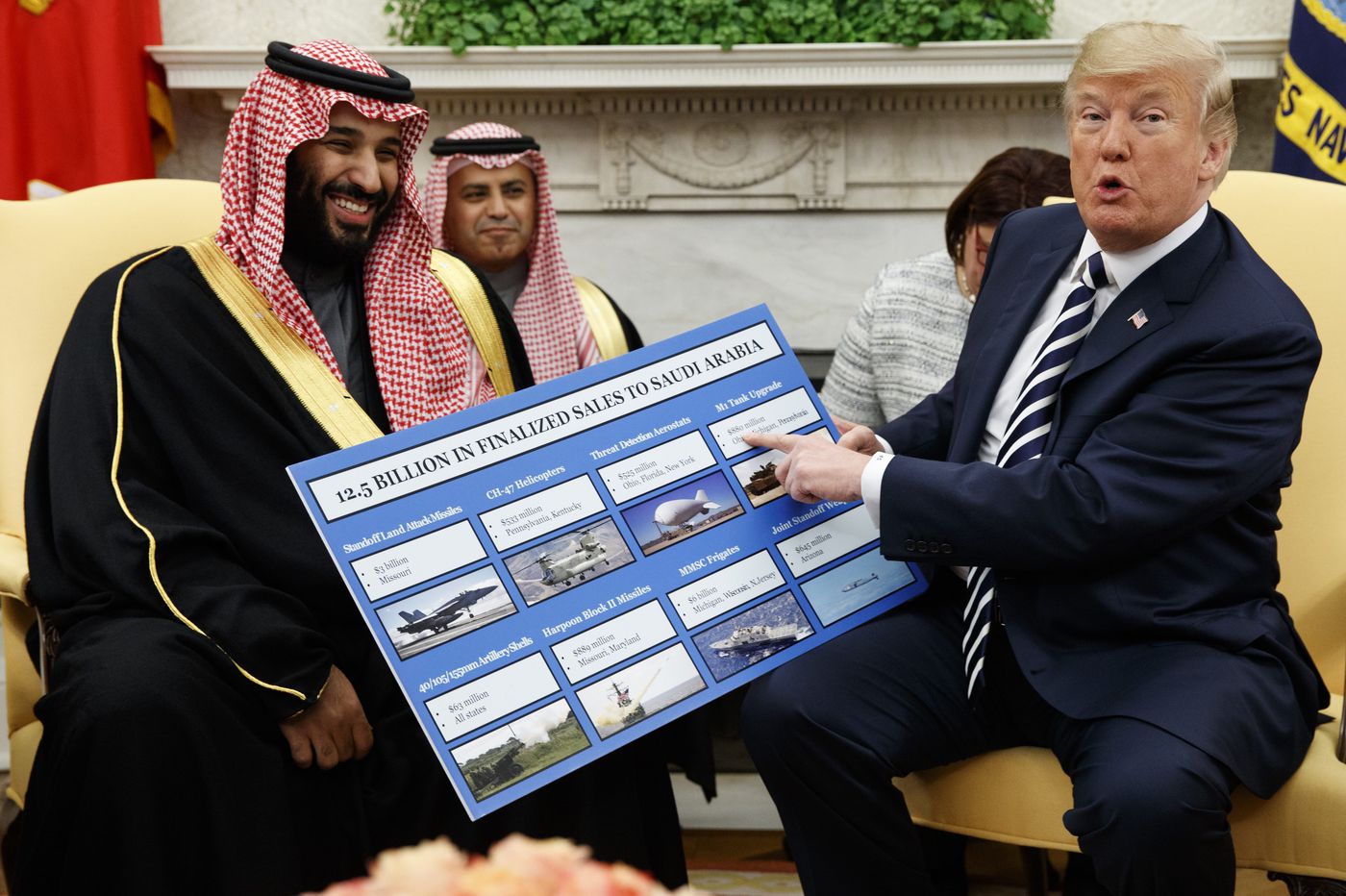 On Sept. 14, two oil facilities in Saudi Arabia were attacked, causing a major disruption in that country’s oil production, impacting the world supply of crude oil. Up to 50 percent of Saudi Arabia’s oil production has been cut and it may take months to fully restore the capacities of the facilities. On Sept. 16, the first day the markets were open after the attacks, US oil futures jumped 14.7 percent, the biggest spike in a decade, going up to $62.90 a barrel.

The Houthi movement fighting the Saudi-led occupation of Yemen took responsibility for the attack. The spokesperson for the movement’s armed forces said that they had successfully carried out a “large-scale” operation with 10 drones targeting oil facilities in Abqaiq and Khurais. The spokesperson called the operation a “legitimate and natural” response to “the enemy’s aggression and blockade” of Yemen. “We promise the Saudi regime that the next operation will be wider and more painful if the blockade and aggression continues.”

This was not the first time the Houthi rebels launched a drone attack on Saudi Arabia. There have already been at least 200 cases, likely more. Drone attacks from Yemen have grown more effective and farther reaching in range over time.

Within hours, U.S. Secretary of State Mike Pompeo stated unequivocally that the attacks were carried out by Iran: “Tehran is behind nearly 100 attacks on Saudi Arabia … Iran has now launched an unprecedented attack on the world’s energy supply. There is no evidence the attacks came from Yemen.”

Of course, Pompeo did not trouble himself with presenting any evidence on Iran carrying out the “nearly 100 attacks,” or this particular one. Some Western media reports in the early hours suggested that “preliminary indications are that the attacks Saturday that disrupted about half of the kingdom’s oil capacity did not originate from Yemen and likely originated from Iraq.” One source pointed to the bases of the Hashd al-Shaabi — a coalition of militias originally created to combat ISIS — in southern Iraq as where the attacks originated. True or not, ultimately this possibility did not fit the purposes of the United States.

Iraq’s Prime Minister Adel Abdul Mahdi said on Sept. 16 that Mike Pompeo had called him, telling him that “the information they have confirms the Iraqi government’s statement that its territory was not used to carry out this attack.”

Much like the “evidence” for Iraq’s supposed stockpile of weapons of mass destruction in the lead up to the 2003 U.S. invasion of Iraq, the “evidence” in this case has not been public and conveniently follows the political agendas of the investigators.

We are already seeing a long list of officials authoritatively stating that they have seen evidence of Iran being behind the attacks but presenting no real evidence. There is nothing impartial about those investigating this case. It is officials from countries hostile to Iran, many of which have long been lobbying the U.S. to bomb Iran. The speed by which the investigations are being concluded is mind boggling. When U.S. police officers shoot and murder unarmed people, it takes their most decorated investigators weeks or months to complete the investigation, even when there is video evidence. But when it comes to investigating the wreckage of oil facilities that have been burned and destroyed, which should be extremely difficult, within hours investigators have determined which country was responsible for the explosions!

Who are the “bad actors?”

Pompeo’s swift accusation that Iran was to blame prompted U.S. Senator Chris Murphy to comment: “This is such irresponsible simplification and it’s how we get into dumb wars of choice. The Saudis and Houthis are at war. The Saudis attack the Houthis and the Houthis attack back. Iran is backing the Houthis and has been a bad actor, but it’s just not as simple as Houthis=Iran.”

Murphy’s reference to Iran backing the Houthis and being a “bad actor” highlights the severe limitations of the Democratic Party’s critique of the Trump administration’s ultra-reactionary policy towards Iran, Saudi Arabia and Yemen. According to the UN and other sources, during the first two and a half years of the occupation, “from March 2015 to December 2017, between 8,670–13,600 people were killed in Yemen, including more than 5,200 civilians, as well as estimates of more than 50,000 dead as a result of an ongoing famine due to the war.”

What the Saudi-led alliance has done is nothing short of carrying out a genocide. Yemenis suffer from starvation, spread of diseases and a severe drop in living standards. Tens of thousands of Yemeni children have died of malnutrition. When they are not busy bombing schools and weddings, the Saudis are blockading the people of Yemen, keeping essential supplies from coming into the country.

Why does the U.S. unconditionally support Saudi Arabia?

Washington unconditionally supports Saudi Arabia, as it has for decades. Even the grisly murder of journalist Jamal Khashoggi, ordered by Crown Prince Mohammed bin Salman (or MBS, the darling of the U.S. government), did not change that reality. Saudi Arabia, probably the most reactionary state on the face of the earth, continues receiving U.S. support. The Saudi invasion of Yemen, its continued bombing and blockade of Yemen, is rarely covered by the mainstream media.

The U.S. government and corporate media often call the Houthis a proxy of Iran, even though it is an independent rebel force grown out of the political and social conflicts in Yemen. The extent to which Iran provides direct support to the rebels has not been factually established. But whatever that level of support may be, it is instructive that U.S. media outlets can constantly bemoan Iran’s interference in Yemen’s affairs while almost never mentioning the obvious fact that Saudi Arabia is occupying the country and bombing it on a daily basis!

If Iran is providing support to the Houthis, that support is justified. Supporting a rebel movement against an ultra-reactionary occupying force is not being a “bad actor.” The bad actors are the ones occupying, bombing and killing. Saudi Arabia, the UAE, Kuwait, often referred to as “allies” by the U.S. media, are allies in genocide.

Even if real evidence does emerge that Iran was behind the bombing of Saudi oil facilities, why would that justify a U.S. “retaliation”? To state the obvious, an attack on Saudi Arabia is not an attack on U.S. soil! Why would nearly five years of Saudi occupation of Yemen and atrocities against its people not prompt even a verbal condemnation, but an attack on Saudi oil facilities requires an immediate military response? Why would the U.S. not need to retaliate for the thousands of bombs that the Saudis have dropped on the Yemeni people but need to retaliate against bombings of Saudi Arabia? The fact is that the ultra-reactionary Saudi princes, these arrogant, corrupt parasites, are U.S. clients that the U.S. government would go to any lengths to prop up, while the people of Yemen do not count in imperialist calculations.

For its part, Iran has denied involvement and characterized the U.S. accusation as going from a policy of “maximum pressure” to a policy of “maximum deception.” Iranian Foreign Ministry Spokesman Abbas Mousavi stated: “It has been around 5 years that the Saudi-led coalition has kept the flames of war alive in the region by repeatedly launching aggression against Yemen and committing different types of war crimes, and the Yemenis have also shown that they are standing up to war and aggression.”

Why the hostility towards Iran

After John Bolton’s dismissal from the White House, one might have expected a slow down in the murderous drive for another criminal U.S. war in the Middle East. However, while individual politicians may be more or less willing at a given time to project U.S. military power, the fact remains that U.S. imperialism uses its powers, including its formidable military might, to remove obstacles to corporate dominance over the resources and markets of the world. States and forces standing in the way of imperialist dominance of the globe need to be removed, by military force if necessary.

What has made the Trump administration so far, and the Obama and Bush administrations before that, hesitant to bomb Iran is Iran’s ability to defend itself and possibly strike back. In a full scale military confrontation, the Iranian armed forces won’t be able to defeat the United States. It will, however, likely be able to deliver some blows.

We are facing an extremely dangerous situation with a real possibility of the U.S. bombing Iran. Whether or not Washington decides to attack Iran depends on the estimate of the political and military establishment of how effectively Iran can strike back. For the imperialist ruling class, it comes down to a costs and benefits analysis — although the fact that Donald Trump occupies the presidency adds an additional element of uncertainty.

In addition to the military costs, the U.S. ruling class absolutely does not want a resurgence of the anti-war movement. For this reason, anti-war activists in the U.S. should do whatever we can to organize and mobilize against the very real possibility of another U.S. war in the Middle East. U.S. Hands off Iran!