On Feb. 11, Yale University announced its decision to change the name of the residential college named after John C. Calhoun, a slaveowner and ardent political advocate of white supremacy and the institution of slavery. As of July 1, the college will bear the name of Grace Murray Hopper, a pioneering computer scientist who received a Master’s Degree and a Ph.D. from Yale University.

This victory comes down after 30 years of dissent from students and faculty about the name, and in particular, several months of nonstop pressure from New Haven community organizations and their supporters in the broader anti-racism movement.

A long struggle on many fronts

The decision comes after years of struggle on the part of community activists, students and faculty. Calhoun, who served as a Senator from South Carolina and Vice President of the United States, saw the enslavement of African Americans as a “positive good” for society and played an influential role in the movement for Southern secession from the Union. For decades, concerned members of the Yale and New Haven communities have spoken out against the glorification of Calhoun and his white supremacist legacy. 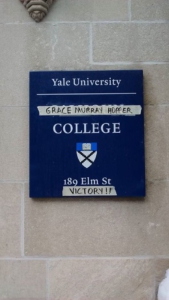 Last spring, tensions on campus swelled as students organized around the issue and pressured the administration to change the name. The institution responded not by renaming the college, but by establishing a committee to decide, theoretically, whether or not campus buildings should be renamed.

In the months following, student activism dissolved for the most part, but New Haven residents—in particular, immigrant rights group Unidad Latina en Accion—started an activist group called Change the Name, which focused specifically on the issue of glorifying Calhoun, but also brought attention to the ongoing racist legacy Yale represents today. Change the Name continued to hold weekly demonstrations outside the college and sustained the movement as on-campus organizing waned. Change the Name rallies demanded not only changing the name symbolically, but also ending immediate issues affecting New Haven residents of color. They cited Yale’s refusal to hire more New Haven residents, university-led gentrification of New Haven neighborhoods, brutality and racism on the part of the Yale Police Department and unfair treatment of students and workers of color.

Corey Menafee: a worker fights back

In June, the issue was reignited when Corey Menafee, an African American man who worked in the Calhoun College dining hall, smashed a stained glass window that depicted slaves carrying bales of cotton. Menafee was originally fired, but the university rehired him in response to mass actions, community pushback and legal action. Menafee continues to work at the university and has taken an active role in the community’s efforts to remove Calhoun’s name.

Unidad Latina began their weekly actions in response to Corey Menafee’s case. Jesus Morales Sanchez, a prominent ULA organizer, said: “After Corey was arrested, we realized, as an organization, that it was our duty to step in. What happens in Yale doesn’t stay in Yale. It affects our communities. ULA is an organization that focuses on immigrant rights, but we realize that the struggles of Latinxs and immigrants go hand in hand with the struggle of African Americans. It is a matter of solidarity, community—a matter of us.”

Menafee’s case became a representation of the ongoing issues highlighted so often in previous rallies. Yale, an untaxed, massive bubble of wealth and power in the center of New Haven, honored slavery and proponents of slavery, while making life very difficult for communities of color in the city, fostering divisions between New Haven residents and “Yalies,” and ultimately punishing a Black worker for fighting back against a symbol of that harmful culture. Learning about how Menafee was treated by the university gave many students and community members insight into racism at Yale and galvanized them to fight for change, including changing the name.

We spoke to Catherine, a community organizer and former Yale worker, who was inspired to become involved in Change the Name through Menafee’s case. “I was driving a friend to court and saw protesters outside the courthouse. I was drawn to it. I realized the protest was for Corey and because I had just lost my job at Yale, I understood where Corey was coming from. … The gag order [Yale University] placed on Corey made me very motivated. I pursued my own case against Yale, citing discrimination and hostile environment, and became an organizer in Change the Name.”

Victory through fightback, not Yale’s goodwill

The day the council voted to remove Calhoun’s name, the Change the Name coalition  held one last mass rally—complete with civil disobedience and four
arrests—to reassert the community’s demand to strike the racist symbol from the school. The entire fight to change the name was marked by a refusal to give any ground. ULA and their supporters accepted no uncertain responses from Yale and continued to stage rallies, marches and sit-ins regardless of
promises by the administration to examine the issue. Their persistence—and the attention the actions generated at-large—was what forced the university to adopt the name change in the end.

However, Yale students and New Haven organizers are aware that the university will not credit activism for what Yale claims was its own moral decision.

Just minutes after the decision was announced, Alex Zhang, a student in Hopper College, wrote, “At Yale, thousands of collective student, faculty, alumni, New Haven resident, and staff hours went into today’s decision to rename Calhoun College after Grace Hopper. But likely, because ‘Hopper College’ will be seen as a positive good in 50 years, the institution in question, Yale, will downplay the role of students and New Haven residents in this decision. And then, people will forget.” Zhang and others worry that public perceptions may not accurately reflect the process that led to the name change.

In his announcement of the decision, Yale University President Peter Salovey wrote, “The university’s board of trustees—the Yale Corporation—and I made this decision at our most recent meeting.” He made no mention of student or community activism.

Despite Yale’s attempts to erase the truth about what forced the name change, the victory against Calhoun was won by nonstop student and community activism. The struggle goes on as residents continue to fight against systemic racism perpetrated by the university, and the new Hopper College is a symbol of what can happen when organized struggle is sustained and students work together with the community. 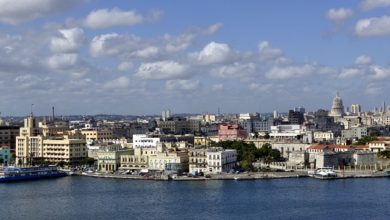 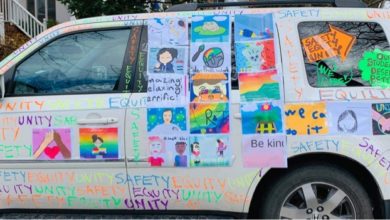 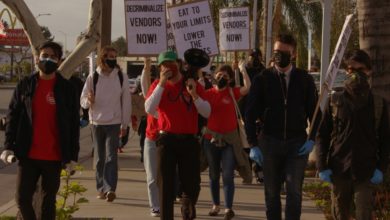 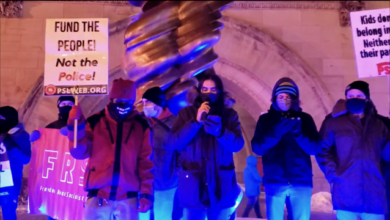