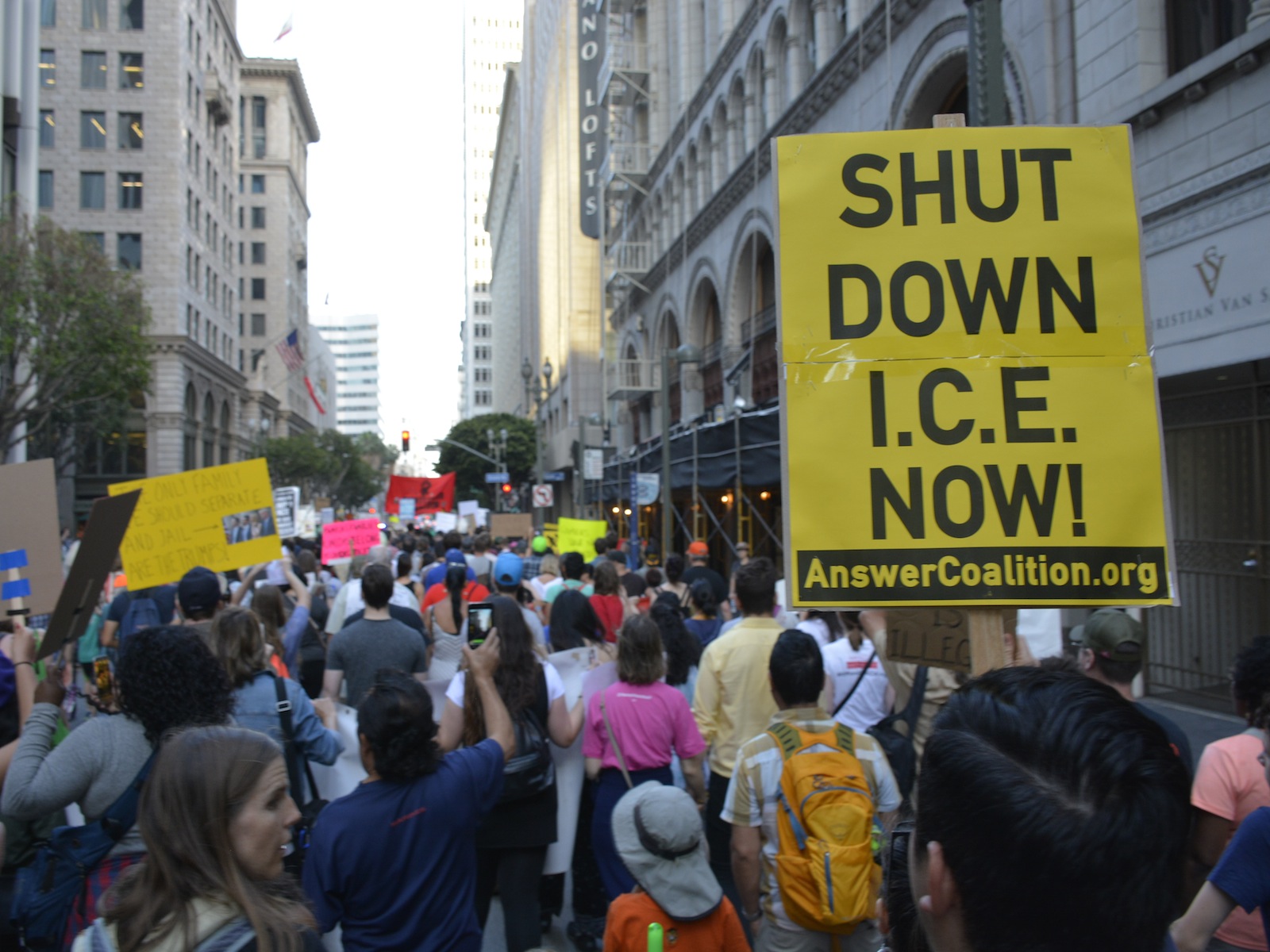 On June 15, organizers and local community members held a rally in MacArthur Park, Los Angeles, in protest of the unjust separation of children from their parents when families cross the border into the United States. The rally was held weeks after photos (from as far back as 2014) resurfaced that showed children being held in cages in detention centers.

The Families Belong Together March brought together dozens of organizations and thousands of protesters. Various speakers shared their stories and
frustrations at MacArthur Park, forming a crowd which then marched to the
downtown immigration detention center.

The pictures from 2014 show children sleeping in a cage at an I.C.E. detention center. Many establishment journalists and public figures mistakenly took the pictures to be coming from recent weeks, and some deleted their tweets when they found out that the pictures were in fact taken while President Obama was in office. Of course these policies continue to be in place and many thousands of immigrants are still being detained in kennel-style cages for various periods of time before being transferred to a growing number of privately owned prisons or deported.

“I’m here because I’m angry and upset, because we are treating humans like
animals,” said Hector, a young protester.

From the kidnapping of Africans during the slave trade, to the Chinese Exclusion Act of 1882, to the relocation of Japanese-Americans to internment camps during WWII, to the kidnapping of Indigenous children to force them into boarding schools, the United States’ inhumane treatment of oppressed nationalities and immigrants has been a consistent practice. The separation of families is by no means a new policy exercised by the Trump administration, but rather a repeated part of this country’s history. A Japanese American family attending the march used this history to show their solidarity as they carried with them a poster with pictures of Japanese Americans in internment camps reading “Never forget.”

Solidarity amongst the working class was strong at the march and the unity needed to defeat these racist policies continues to grow.