The PSL Central Committee issued the following statement on the 15-year anniversary of the PSL. The founding convention took place on June 18-20, 2004.

On the occasion of the 15th anniversary of the formation of the Party for Socialism and Liberation, the Central Committee of the PSL congratulates all of its dedicated cadres, friends, supporters and allies in the struggle for their tireless work building the Party and the movement for socialism. It is only because of their dedication that we have been able to emerge as a leading force in the socialist movement in this country from our humble roots as a handful of comrades in just a few cities, and in a period that was much more hostile to socialism.

Such a development is precisely what we were anticipating when a few dozen comrades founded the organization in 2004. Their analysis was that the contradictions and crises of capitalism would inevitably create the basis for a revival of socialism, despite the momentary triumph of pro-capitalist ideas and silencing of socialist ones.

From the beginning these comrades also emphasized organizational questions, which they had learned from prior experience would sooner or later prove decisive to the health of the Party, and could doom it if neglected. This included democratic processes for leadership selection; a standardized internal education program on Marxism for new members; a Constitution to establish baseline rights and responsibilities, structures as well as processes to resolve problems; to be supplemented later by Guidelines governing member conduct internally, on social media and in mass organizing. At the founding Convention, comrades emphasized “you can only plant the tree once so we must do it properly.” All the future growth, development and stability of the organization would not be possible without the careful attention given to this task from the outset.

The orientation in all this work was to train a new generation of cadres, who could function as future leaders and professional revolutionaries — not in the sense of full-time employees but in contrast with amateurism. This too has been reflected in the Party’s impressive layer of cadres who were not founders of the organization but have the capabilities and seriousness to lead.

Equipped with our collective experience of the past 15 years, the PSL has as its top priority to make the most of this period of profound opportunity. Our mission is to put on the agenda the socialist reorganization of the economy so that every individual is guaranteed the inalienable right to a job or income, free health care, free education through college, affordable housing, and the social support to realize a full life. The socialist expropriation and collectivization of the already centralized privately-owned banks, core industries and enterprises makes these objectives immediately realizable in a country of advanced capitalism. The PSL is popularizing socialism defined as “a society where political and economic power is in the hands of the working class and oppressed and where the basic needs of the population and the planet are planned for and guaranteed.”

The Revival of Socialism in the United States

Persistent declining living standards, enormous inequality, racist police violence, mass incarceration, climate change and endless war have eroded the legitimacy of capitalism and the capitalist state in the eyes of a large section of society. The dominant political class has proven itself to be completely indifferent to these existential crises. This process — the delegitimizing of capitalism — reached a new stage with the ascent of the Trump administration and the sharpened struggle within the elite that rules this country. The revival of socialism’s popularity coincides with deepening political chaos at the highest levels of governance.

Despite the widespread dissatisfaction, and indeed hatred, of the political system and Washington elites, this has not yet been reflected in the abandonment of the two capitalist parties that dominate it. The winner-take-all structure of the U.S. electoral system makes the entry and maintenance of electoral third parties nearly impossible. Instead, the U.S. system lends itself to broad coalitions among different ruling class interests inside one or another party. Both parties also allow a considerable degree of political entrepreneurialism in their ranks. It means that strong currents of discontent in the United States have been channeled behind charismatic politicians, “left” and right, who offer to capture their respective parties, but not leave them.

So while the same broad political polarization is taking place in the United States as elsewhere, it has not produced the same fragmentation underway in European parliamentary systems. Absent a fracturing of this system, from within or without, it is difficult for the working class to emerge as a politically independent force, and nearly all social movements, once they gather enough strength to gain a degree of ruling-class sympathy and potentially impact policy, succumb to that same gravitational pull towards the “lesser evil” Democratic Party.

This is the complicated political terrain on which the PSL has fought over 15 years, which has witnessed many important movements of the working class and oppressed.

Throughout, the PSL has united with all those in motion against the capitalist system while retaining our sharp critique of the trap of “lesser of two evils” politics. While we have mobilized against the Bush, Obama and Trump presidencies, our party has never subordinated itself to one or another political faction of the ruling class.

Rather than supporting Hillary Clinton in 2016, a war hawk and long-time enemy of the poor, the PSL’s Gloria La Riva along with her running mates Dennis Banks and Eugene Puryear, won the most votes that any socialist ticket has received since 1976. Instead of dropping everything to unite behind the Democratic Party in the 2018 midterm election, as so many others did, we helped launch the People’s Congress of Resistance to bring together grassroots movements around a common vision of a society for the many.

The PSL has been in the streets protesting the escalating wave of attacks on women’s rights, participating in the Occupy ICE movement and other mass actions to fight back against the U.S. government’s war on immigrants, and fighting for working people’s right to dignified housing — including a major recent victory against Amazon in New York City. PSL members are constantly organizing in their neighborhoods and workplaces to encourage the people to stand up for their rights, to overcome the myriad injustices faced by the working class every day, to defend every progressive reform won by the struggle of the generations who came before us, and at the same time to promote the ultimate goal of socialism.

We have consistently stressed over the past 15 years that activism alone is not enough. Without socialist ideas, unless people know to “seek out the interests of some class or other behind all moral, religious, political and social phrases, declarations and promises,” as Lenin urged more than 100 years ago, the different movements for justice will never come together and produce a force able to overthrow and replace capitalism.

The number of PSL branches, groups and affiliates has grown dynamically and are functioning in nearly 100 cities and towns across the country. In addition to seeking all opportunities to advance the struggle, these groups organize a wide range of educational activities on a regular basis. Through study groups, film screenings, forums and cultural events we are constantly doing everything we can to popularize socialism. Over 15 years the PSL has been able to build up a number of outlets that allow us to reach larger and larger numbers of people. This includes LiberationNews.org, the monthly print newspaper Liberation, the socialist feminist magazine Breaking the Chains, LiberationSchool.org and many books on a wide range of historical and theoretical topics. In the face of the witch hunt atmosphere generated by Russiagate, we have resisted the political pressure to fall in line behind the U.S. war machine and instead contextualized the campaign as part of the new orientation of U.S. imperialism towards “great power competition” against Russia and China.

As a party operating in the center of world imperialism, the PSL considers it a top priority and duty to build the anti-war movement and anti-imperialist consciousness. In recent years, our party has led emergency mobilizations against U.S. bombing in Syria and is standing against the United States’ “maximum pressure” campaign against Iran. We organized many educational events and street actions in solidarity with the Palestinian people and the heroic Great March of Return movement that challenges the brutal Israeli apartheid regime.

The Trump administration has declared war on all progressive and socialist leaders and governments in Latin America, especially the countries on the “troika of tyranny” hitlist — Venezuela, Cuba and Nicaragua. PSL members and the ANSWER Coalition were lead organizers of the largest U.S. mobilization against the coup in Venezuela on March 16 of this year and were deeply involved in the defense of the Venezuelan Embassy in Washington, D.C.. PSL leader Gloria La Riva, who spent over a month in Venezuela after U.S. puppet Juan Guaidó declared himself “president,” has just completed an over 40-city speaking tour across the country to tell the truth about what is happening there.

The PSL is more determined than ever to fight for socialism and build a revolutionary movement to bring it into existence. As socialism becomes the aspiration of a huge and growing section of society, our goal is to give sharper definition to this idea and train a new generation of working class and oppressed people to lead the fight. 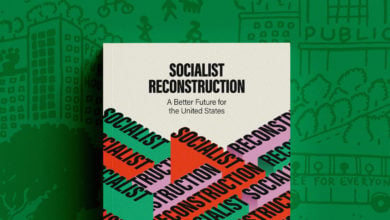 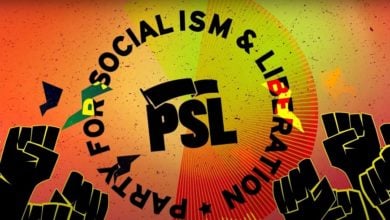