In a major breakthrough for the Peruvian left and working class, socialist public school teacher and union leader Pedro Castillo has made history winning election as the country’s next president. Castillo is a member of the political party Peru Libre (Free Peru), which cites the ideas of Karl Marx, Vladimir Lenin and José Carlos Mariátegui as the foundation for its program.

His opponent Keiko Fujimori, daughter of imprisoned former dictator Alberto Fujimori who herself is currently facing criminal charges for corruption, waged a vicious campaign relying on Peru’s corporate media. These powerful interests spread a message of fear by attempting to link Castillo to “terrorism”, a common trope levied against leftist politicians looking to challenge the political status quo. They have also arrogantly denigrated Castillo for his working class personal background. Despite grossly outspending Castillo, Fujimori’s smear campaign — an attempt to distract the public from her own political record as the founder of the right wing Fuerza Popular (Popular Force) party mired in scandal — was not enough to win the presidential seat.

Castillo, son of peasant farmers in the Chota province located in the Northern Andean region of Cajamarca, is most notable for his militant leadership in the 2017 national teachers strike. The strike demanded higher wages, the payment of social debts and an increase in funding for the education sector nationally. His first place finish in the initial round of the presidential election in April stunned political analysts after failing to make the list of the top six candidates based on polls conducted in March — which registered his support at just 3%. His success came as a shock to many and represents the longstanding inability of the mainstream political class to reach the deep rural, working class communities which are Castillo’s base.

Rather than appeal to Lima’s political elite, Castillo ran a campaign rooted in a working-class perspective and put forth proposals that would drastically challenge the current neoliberal capitalist economy which originate from Alberto Fujimori’s time in office. With the neoliberal model first being implemented in the region in neighboring Chile, by the mid 1990s Fujimori’s policies known as the “Fujishock” resulted in the privatization of state owned companies, removal of price controls and state subsidies for agriculture, and the major reduction of the role of the state in virtually every aspect of the economy. This was all to the benefit of Peru’s business class and foreign companies looking to siphon profits out of the country.

The impact of this right wing shift was immediate and triggered massive inflation as high as 7,480% in 1990, leaving at least half a million workers unemployed and left to fend for themselves amid soaring costs for food and basic necessities. The effects of this model continue to be felt strongly today through the current constitution, which was amended during Fujimori’s presidency, and the ongoing disinvestment in public services that continue to fail working class and rural peasant communities. This failure was on full display as the COVID-19 pandemic devastated the country’s economy and healthcare infrastructure.

The elections occurred during a period of preventable tragedy. A recent review of the official death toll from the COVID-19 virus nearly tripled what was previously reported by Peruvian government officials, making Peru’s per capita mortality rate the highest in the world. Thousands have been turned away from hospitals, unable to keep up with the number of severe COVID cases exacerbated by a shortage of oxygen. Just over 4% of the population is fully vaccinated as of early June.

Peru’s economy experienced one of the region’s worst economic declines. The economic fallout was particularly devastating in part due to Peru’s large informal economy, which was virtually shut down overnight because of strict lockdowns that have pushed an additional 10% of the population into deep poverty. With millions now unemployed and facing homelessness, many have been forced to resort to desperate measures including building makeshift homes on the outskirts of major cities like Lima. In a chilling example of the level of suffering currently faced by many, a forceful mass eviction of an encampment that housed hundreds of families in the Villa El Salvador district of Lima was carried out by over 2,600 police officers this past April.

The impact of the pandemic on Peru’s working class, Indigenous and peasant populations have only intensified the political tensions leading up to the election. Peru has cycled through four presidents in the past five years amid widespread corruption scandals and mass protests.

With an oversized pencil in hand at each campaign rally, Castillo’s key proposal to rewrite the Constitution through a popular constituent assembly process, mirroring a process currently underway in Chile, echoes calls from the record breaking mobilizations in November 2020. These huge protests successfully pressured former President Manuel Merino to step down after a mere five days in office. They also called into question the deep structural crises that continue to generate poverty in a country rich with natural resources such as copper, of which Peru is the number two producer in the world. A major theme of Castillo’s campaign has been reclaiming Peru’s natural wealth for the benefit of the people instead of multinational corporations.

Regionally, Peru’s leftward shift follows a growing tide of resistance to U.S. imperialism. This includes the 2020 election of Luis Arce of the Movement Towards Socialism party as president of Bolivia, undoing the U.S.-backed fascist coup led by now-imprisoned former dictator Jeanine Añez; ongoing protests against the repressive and anti-working class policies of the far right government of Ivan Duque in Colombia, a key U.S. ally; and the recent election of a left wing majority in Chile’s constitutional convention members tasked with rewriting a constitution imposed in 1980 by CIA-installed dictator Augusto Pinochet.

Castillo is seeking to carry out in his first 100 days in office a series of steps to end Peru’s historic role as an outpost for U.S. interests in the region. This includes the expulsion of the United States Agency for International Development program that serve as a de-facto U.S. intelligence operation masquerading as charity, the closure of U.S. military bases in the country, and the withdrawal of Peru from the Lima Group — the bloc of right wing governments in the region established in Peru’s capital that have attempted to overthrow the government of Venezuela.Castillo’s victory, during the year of Peru’s independence bicentennial, marks a new chapter in the country’s history. But it is a milestone that will not go unchallenged. People around the world should remain on high alert as Fujimori’s team makes unsubstantiated claims of fraud in an attempt to steal the election from Castillo. These completely evidence-free allegations have already made headlines in Peru’s corporate media and could fuel violence similar to what happened after the results of the 2019 presidential election in Bolivia. Castillo’s democratic proposals for long-awaited change will require the participation of the entire country and struggle against those who attempt to reassert the power of the elite. 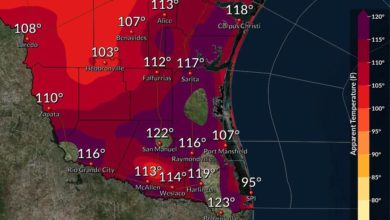 With 700 dead and ERCOT failing again, will Texas change course on utilities? 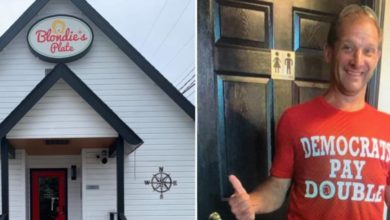 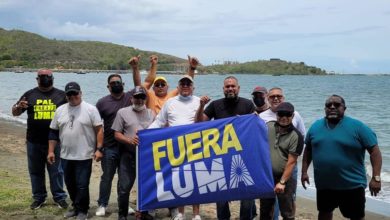 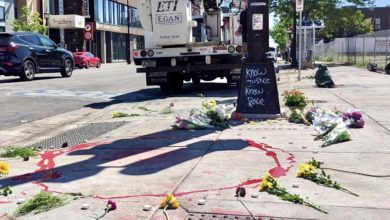 Driver accelerates into crowd of protesters in Minneapolis killing one, injuring others