Across the nation there has been an outcry against racist police brutality, and in Washington state  that cry is no different. The nation has become all too familiar with the haunting last words of so many: Eric Garner, Anton Black, Javier Ambler, Derrick Scott, Byron Williams, George Floyd, and from Tacoma, Washington,  Manuel Ellis. People are rising up all over the country because police can kill  Black people with impunity. Since the start of 2020, it was supposed to be different in Washington State – there is a law in place to prevent such things from happening, or so people thought.

Spurred on by the wake of police shootings and the Black Lives Matter movement that brought the militarization of the police to the forefront of public consciousness, the passage of I-940 in Washington State was an attempt to reform the police. It would bring an end to a 32-year old legal barrier that prevented criminal charges from being brought against officers who used deadly force. It also called for independent investigations of the police killings, de-escalation training,  and the appointment of a liaison to families that had experienced violence from the police, to keep them in the loop every step of the way.

These all sound like good ideas, and Washington voters agreed. However, the case of Manuel Ellis in Tacoma shows law enforcement agencies have ignored the will of the people and are blatantly ignoring the requirements of 1-940.

After Manuel Ellis was killed in early March, the investigation of the Tacoma police officers involved was turned over to the Pierce County Sheriff’s Office. However, there had also been a sheriff at the scene,  meaning it was hardly an independent investigation! The police department withheld the names of the officers involved. Furthemore, a liaison was never assigned to the Ellis family to keep them up to date, there were no community updates, and no civilian representatives were added to serve in an accountability role.

Each step of the way the Pierce County Sheriff’s office sidestepped the provisions set forth in I-940. The public outcry from Manuel Ellis’ family and supporters over these issues caused the Attorney General to review the case. It was uncovered that the Sheriff’s had avoided questions from the family about the progress of the investigation as well as the aforementioned violations: no community oversight, no liaison to keep the family up to date, and the officer’s names were not publicly released. After a concerted campaign by the Ellis family and community supporters, the investigation was taken away from the Sheriff’s office and the District Attorney of Pierce County and taken over by the Washington State Patrol, with Attorney General Bob Ferguson committed to reviewing the results of the WSP investigation.

Unfortunately the Ellis case is neither an outlier nor the only case of cops in Washington attempting to circumvent the letter of the law. Reportedly, the Attorney General of Washington State has said that there are at least 30 incidents that have occurred in Washington State this year and at least 24 violations of 1-940–which only went into effect in January of 2020.

The injustice faced by Manuel Ellis and his family has been joined by that experienced by Said Joquin in Lakewood, Shaun Fuhr in Seattle, and Tiffany Eubanks in Yakima who was handcuffed and restrained before her death, and many others around Washington State.

At the end of April, Seattle Police stated that Shaun Fuhr had abducted his daughter with a weapon, something which the NAACP of Seattle/King County has disputed based on SPD’s own footage which never shows a weapon. The body camera footage does show officers chasing and then fatally shooting Fuhr who was holding his 1-year-old daughter. SPD is internally reviewing the matter, with the King County Sheriff’s Dept. holding its own investigation as well. There was no attempt at deescalation.

Said Joquin was pulled over by Lakewood police at the beginning of May. The police officer called for backup, and while he waited for it to arrive the officer fatally shot Joquin. The investigation of the use of force is being handled by a task force that contains Lakewood Police.

Tiffany Eubanks died 10 hours after the Yakima police placed her under protective custody. Handcuffed in the back of a police vehicle, she reportedly underwent a “medical crisis,” and was unresponsive when she arrived at the hospital. The investigation is being conducted by an interagency Special Investigation Unit, with an internal investigation conducted by Yakima Police.

Police departments all over Washington state have felt free to flout the new law. Who is there to hold them accountable? What consequences will they face for failing to abide by the law? So far the worst that has happened is the investigation has been taken away and given to a different law enforcement agency.

1-940 was passed with the best of intentions by voters  hoping for some real change: for independent investigation, for respectful treatment of families, for officers to face justice. Yet the will of the people was ignored. What did it take for officials at the highest levels of the state to sit up, take notice and start to actively enforce the new law at least for Manuel Ellis case? It took a national uprising, a revolt against racism. All over Washington, as in the rest of the U.S., the people are out in the streets, and they aren’t going to stop until there is real change. 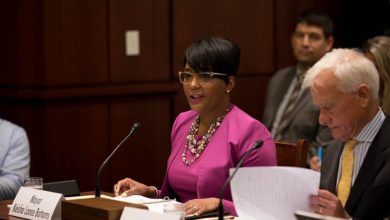