On September 28, 2017 major media outlets began to report on the deportation sweeps taking place across the country. In the Los Angeles area in the past couple days alone some 101 immigrants had been arrested.

“We condemn this horrific escalation of an already devastating campaign of terror against our immigrant communities by ICE,” said the socialist California Assembly candidate John Prysner speaking of the recent wave of immigration raids. “Raids and deportations have already been on the rise, with ICE emboldened by the ascension of an openly racist bigot to the White House.” 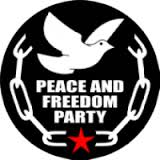 John Prysner is running for the California Assembly for the 51 district in the upcoming special election on October 3 for the Peace and Freedom Party and the Party for Socialism and Liberation.

“This specific targeting of sanctuary cities by ICE is shameful,” continued Prysner. “An autonomous, militarized, federal agency deliberately made a show of force specifically in communities that have welcomed immigrants. Not only have lives been ripped apart, but such acts continue to embolden right wing extremists, racists, fascists, and neo-nazis across the country.

“People who have built their entire life in this country will be incarcerated for weeks and months on end, sentenced in a mass trial with dozens of other defendants simultaneously, and deported. The families they
leave behind lose a loved one. Many of those deported were economically supporting children whose stability will become threatened.

“We demand full rights for all immigrants now. We must continue to stand united against these attacks. While we do not posses the money or institutions that our oppressors do, we do have the power of numbers. The historic struggle to win DACA, and other rights, have proven that change comes from the bottom up. In the words of the great Frederick Douglass ‘power concedes nothing without a demand.’

“Los Angeles has a militant history of struggle for immigrant rights so these raids will not go unopposed. Just weeks ago tens of thousands took to the streets in LA to protest Trump’s announcement of the cancellation of
DACA. This is what’s needed now more than ever. When the masses of people fight back they win.

“ICE uses the pretext of looking for ‘criminals’ and ‘gang members’ to sweep up anyone in traumatizing raids. The Republican and Democratic parties alike have fed directly into the ‘good immigrant / bad immigrant’
narrative and allowed more people to be deported under Trump following the Obama administration which led the most deportations than any other presidential administration in U.S. history.

“Our demands must be clear. Full rights for all immigrants now! No human being is illegal! Immigrants are welcome here, ICE is not! The institution of ICE is reactionary in nature and must be immediately disbanded.”