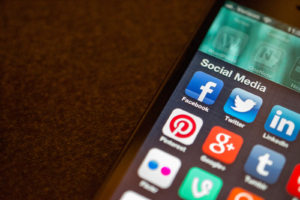 On Jan 23, the Facebook page of Telesur English vanished. This page, with some 400,000 followers, is a key source of radical analysis and news from the Global South. The friends of Telesur kicked into action with Facebook posts calling out the social media giant for censorship. On Jan. 24, Telesur’s Facebook page reappeared with the following message:

We want to thank all our followers and others concerned about media freedom for their concern and support. We still don’t know what exactly happened and are looking into it.

But please keep supporting us, engage with us and help spread our content to give people a different perspective, one with a critical perspective and a global outlook from the South.

As Telesur noted, it is not clear what caused the page to disappear nor what caused it to be reinstated. However, this incident does provide a good opportunity to review what we know about the class character of social media platforms.

Savvy social media users know that Facebook posts show up on members’ timelines based on algorithms that are controlled by the company, not the users. Of course, you can “like” and “follow” pages, but that doesn’t control the algorithm so their content actually appears.

Recently, Facebook announced it would be giving higher priority to personal posts about friends and family over posts from news organizations. As Slate noted, however, “if these creators are willing to pay ad money to promote their content, then it’ll show up on the feed regardless.” This means that the corporate-owned media will be able to overcome these new changes, while alternative media — with far fewer resources — will see precipitous declines. This is a de facto type of censorship that operates because of Facebook’s business model.

Google made news in 2017 with its own revamped algorithms that immediately began directing users away from certain news sites deemed “fake news” by Google. Most of these targeted sites are progressive, leftwing and/or associated with Russia (like RT and Sputnik). Many of these sites saw immediate precipitous declines in web traffic, as both Alternet and Truthdig have documented. Facebook has pledged to create similar filters to counter what they allege to be “fake news.”

Facebook has also been directly censoring pages and accounts in collusion with the U.S. and Israeli government, as revealed by Glenn Greenwald in the Intercept.

As the New York Times put it in December of last year, “Israeli security agencies monitor Facebook and send the company posts they consider incitement. Facebook has responded by removing most of them.” Ultra-rightwing Israeli “Justice” minister Ayelet Shaked boasts that Facebook has deleted some 95 percent of pages that the Israeli government had targeted. (Intercept)

Similarly, Twitter users have recently received an email “warning” them about “Russian-linked”  accounts they may be following or re-Tweeting such as RT.

Consistent with our commitment to transparency, we are emailing you because we have reason to believe that you either followed one of these accounts or retweeted or liked content from these accounts during the election period. This is purely for your own information purposes, and is not related to a security concern for your account.

We are sharing this information so that you can learn more about these accounts and the nature of the Russian propaganda effort.

This is part of the ruling class effort to smear Russian-sponsored media, which includes progressive alternative views and opinions.

On the user side of social media, Facebook has also turned over user and page information to prosecution recently in politically charged cases, such as the J20 inauguration protesters as well as environmental protesters in Bellingham Wa.

Social media is a powerful tool for organizers and activists. Activists should do their best to post the most appealing and compelling content to mobilize and recruit more people to fight for social justice. But it is necessary to remember that these platforms are also the private property of some of the wealthiest people on the planet, deeply ingratiated with the country’s ruling class and security agencies. They have the capacity to use these platforms to spy on our movements and restrict or cut off the flow of information. Despite their hollow preaching about free speech and democracy, they will always violate their own principles to protect their own class interests. This shows why we need to build our own media and distribution networks, while continuing to be use mainstream social media in a mindful way.