Two resolutions in the Senate to block the sale of $23 billion in advanced fighter jets and drones to the United Arab Emirates failed yesterday in close votes. This military deal — which includes the second-largest sale of U.S. drones to a single country — is directly tied to the recent normalization of relations between the UAE and Israel.

Included in the sale are a number of highly advanced F-35 fighter jets, MQ-9 Reaper drones, and more than 14,000 bombs and munitions. These weapons will boost the military capacity of the UAE, a dictatorial monarchy long-allied with the United States that is overtly or covertly involved in several conflicts across the Middle East.

The new injection of advanced weaponry into the country’s arsenal will enable it to step up its participation in the genocidal war on Yemen waged by a Saudi-led and U.S.-backed coalition that the UAE is a key pillar of. A campaign of relentless bombing and a virtual blockade of parts of Yemen has caused mass starvation and thousands of deaths in what the United Nations has called the worst humanitarian crisis in the world.

Another target of this deal is Iran. In a statement, the White House specifically listed “deterring” Iran as an outcome of the criminal weapons sale. The U.S. government’s language about “deterrence” turns reality on its head — in fact the Trump administration is the aggressor and their intention is to “arm to the teeth” countries hostile to Iran as a means of intensifying pressure on the country in the ultimate hopes of regime change.

Democrat opposition in tactics, not outcome

Most Senate Democrats voted in favor of the resolution blocking the arms sale. However, much of this opposition in fact has been centered around maintaining Israel’s military “qualitative edge”. Essentially, the argument is that only Israel should have the advanced F-35 jet, and allowing the UAE to acquire them is contrary to the long-standing U.S. policy of ensuring Israel’s armed forces  are dominant in the region.

Another disagreement is around tactics on whether to attack Iran militarily or economically. “If we really want to talk about countering Iran,” said right-wing Democratic Senator Bob Menendez, “we need a comprehensive diplomatic strategy.” In 2012, Menendez gloated about his efforts in introducing sanctions on Iran to cripple their economy. When the Joint Comprehensive Plan of Action was brought before the Senate for approval in 2015 — which would provide sanctions relief for Iran — Menendez opposed it.

For Menendez, the weapons sale to the Emirates “isn’t a serious strategy to confront the very real and timely threats from Iran.”

President-elect Joe Biden has made no statement regarding the weapons sale. 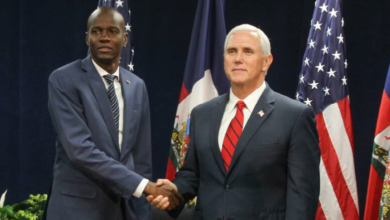 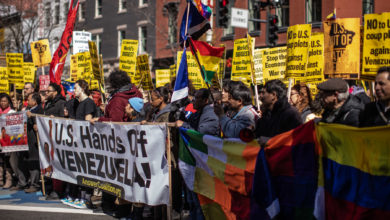 Results of Venezuela’s election to echo around the world 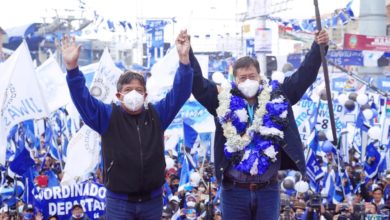 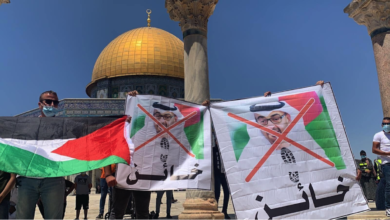 UAE- Israel ‘peace’ deal is a dagger aimed at Palestinians