As many as 200 detained immigrants being held at the privately run North West Detention Center in Tacoma, Washington joined the National Prison Strike. NWDC is infamous for paying detainees as little as $1/day for work. As this article goes to press, at least seven men are still on hunger strike, as reported on the Facebook page of North West Detention Center Resistance. 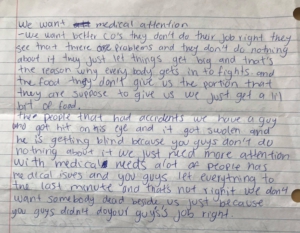 A handwritten set of demands were released.

Statement from 27 people detained at #NWDC

We want better COs, they don’t do their job right, they see that there are problems and they don’t do nothing about it, they just let things get big and that’s the reason why everybody gets into fights. And the food, they don’t give us the portion that they are supposed to give us, we just get a little bit of food.

The people that had accidents, we have a guy who got hit on his eye and it got swollen and he is getting blind because you guys don’t do nothing about it, we just need more attention with medical needs, a lot of people has medical issues and you guys let everything to the last minute and that’s not right, we don’t want somebody dead bedsides us just because you guys didn’t do your guys’ job right.

When contacted by the media, ICE denied that there was a hunger strike at NWDC. (Over the past few years, there have been several hunger strikes at this facility.) 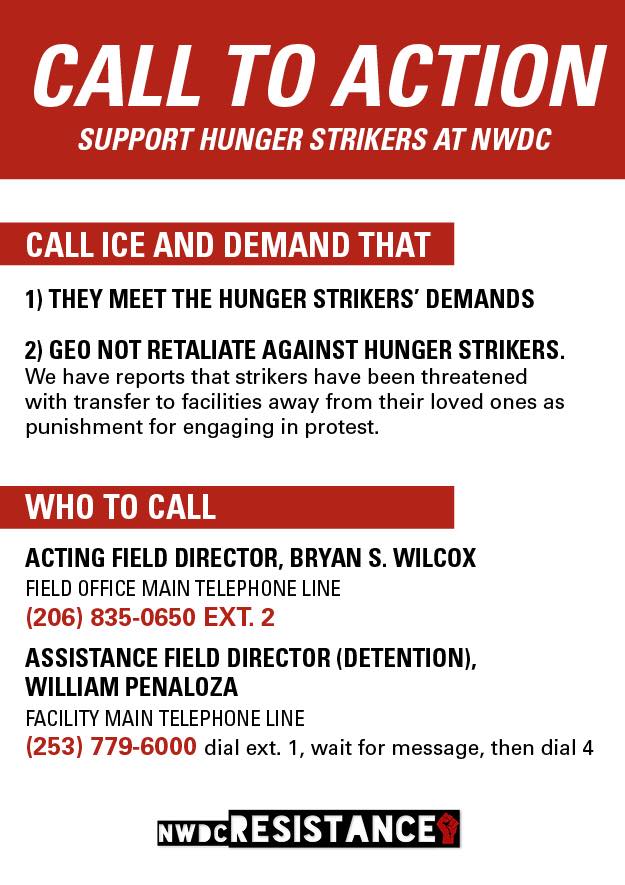