On July 10, the Alliance for Global Justice delegation to Colombia held a protest in front of the U.S. embassy in Bogota, Colombia. The delegation included members of the Party for Socialism and Liberation, El Observatorio de Derechos Humanos de los Pueblos and the Puerto Rican Nationalist Party. The protestors had a list of demands and delivered them to U.S. Embassy personnel.

The FARC- EP has fulfilled 100 percent of the terms outlined in the peace accords, it is now time for the Colombian government to do the same!

Protesters also demanded the U.S. government comply with the peace accords, and free Simon Trinidad, Sonia Anayibe Rojas and Ivan Vargas. All three are Colombian citizens and former FARC-EP members who the U.S. government illegally extradited to the U.S. The amnesty law agreed upon in December also calls for their release.

The mobilization also  demanded the end of U.S. funding of Colombian jails holding and mistreating the political prisoners. The U.S. funds Colombian prisons as part the “War on Drugs” and “Plan Colombia.” 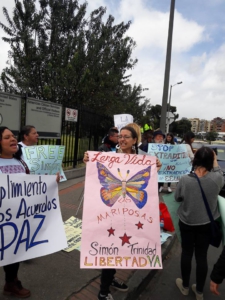 These U.S.-funded prisons have the highest rates of overcrowding, have served mold-infested food, and offer little to no medical attention. “La Tramacua” is U.S. funded prison in Colombia located in the Caribbean region of the country. Despite the extremely hot temperatures in the region that on average reach 100 fahrenheit, authorities only afford inmates 10 to 20 minutes of access to water  a day. According to Alliance for Global Justice “many prisoners resort to urinating and defecating in plastic bags because flushing excrement down the toilet requires wasting their meager supply of water.” Given the inhumane conditions, we demand these for-profit prisons must all be closed down!

Lastly, protesters demanded the end of all extractions including the extraditions of paramilitaries. The extradition of former paramilitary interferes with the investigations that reveal the ties between the paramilitary and the Colombian government.

This latest wave of state terrorism is reminiscent of what the Colombian government did in 1986. In 1986 the FARC EP signed a peace agreement with the government which led to the formation of their political party一La Union Patriotica. While the FARC-EP attempted to engage in legal political participation, the government responded with the genocide of the Union Patriotica. Over 4,000 of the Union Patriotica members were assassinated, leaving the FARC no other option but to take up arms again. If Juan Manuel Santos and his government  truly aspires to have peace this time, it has to end the persecution of leftist and act to demobilize all paramilitary forces.

In the United States, we must continue to raise consciousness about human rights violations in Colombia. It is imperative that both the U.S. government and the Colombian government end its persecution of Colombian leftists. Colombia remains the country with one of the highest number of assassinations and disappearances of journalists, union and political leaders. Up to the present, the Colombian government has shown little to no interest in peace in Colombia. If the Colombian government truly wants peace it should start by abiding by the peace agreement! Denying freedom to the political prisoners is not only a violation of the peace agreements, but will also prevent the FARC-EP from creating a legal political party which is their right. The state must also ensure the safety of political prisoners once they are freed, many have received death threats and 6 have been killed after being released. Jesus Santrich of the FARC-EP states “how can we build a political party when many of are members are missing?” We support the freedom of all political prisoners and the process of reintegration of the FARC in Colombia political life.

U.S. Hands off Colombia and Venezuela! Respect the sovereignty of Latin America! 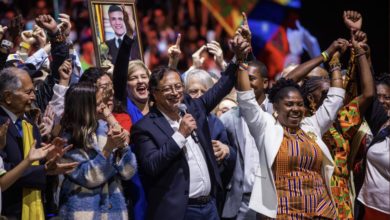 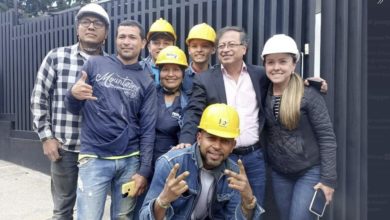