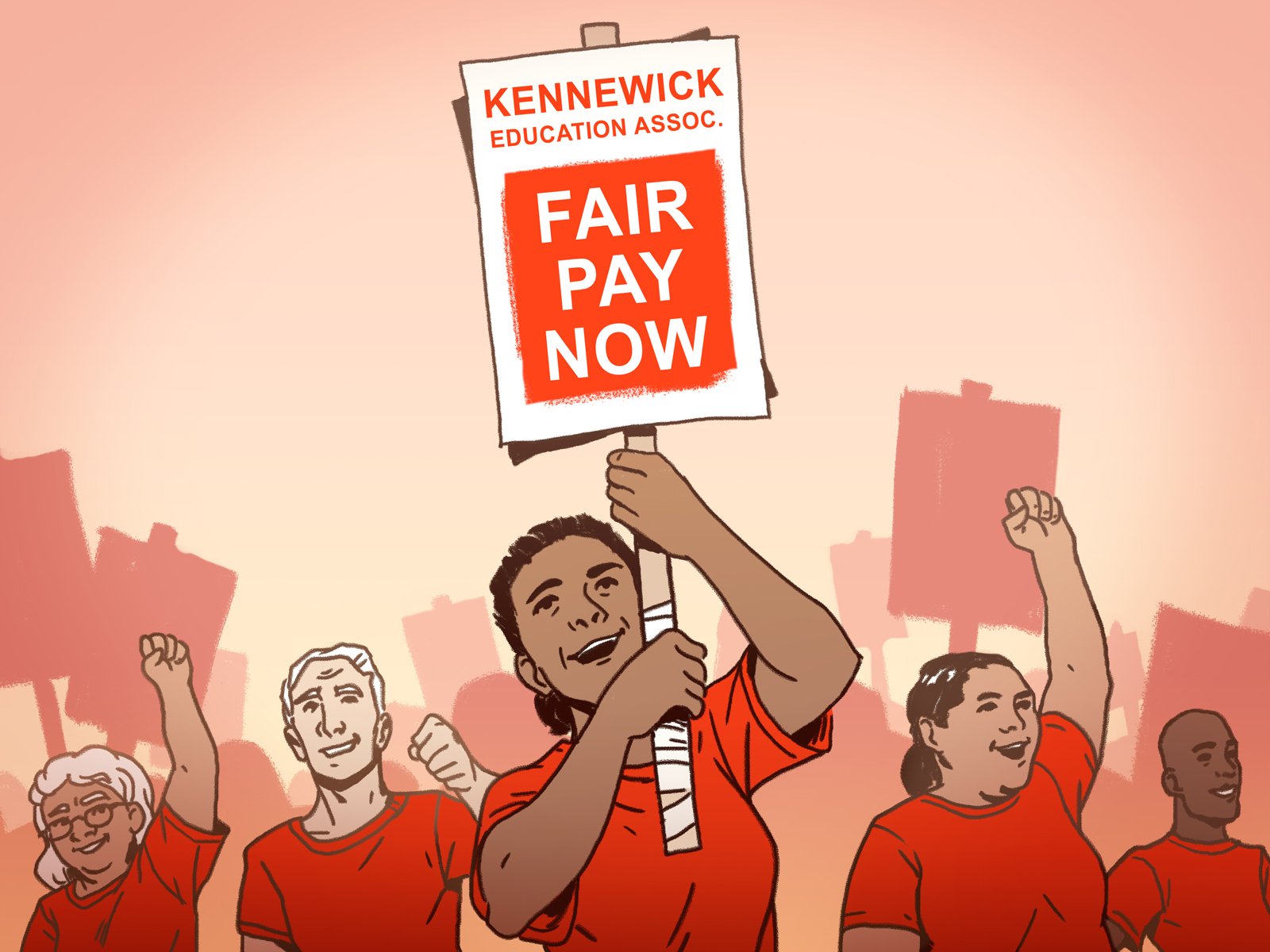 Teachers of Kennewick, Washington,  will return to classrooms September 3. Nearly 99.5 percent of the voting members of Kennewick Education Association decided to end the strike and accept the tentative two-year agreement reached with the Kennewick School Board.

The two sides reached their tentative agreement at around 5:30pm, August 29. The deal includes wins for the KEA on insurance, attendance caps and student discipline, with adjustments to the pay scale for teachers.

Teachers can generally expect raises ranging from 6.9 to 7.7 percent according to the current information on the deal. The new agreement would have the largest percentage of teachers, who are toward the top of the pay scale, paid above the rate in neighboring Pasco and Richland. The scale was also adjusted in how it accounted for education and experience, lowering the time it takes to reach the top end of the scale from 19 to 18 years. Starting teachers will make a similar amount to those in Pasco, who in 2018 struck a deal starting them out at over $50,000 a year.

Negotiations for the deal were strained on August 29 as the district sought an injunction to order the teachers back to work. KEA also filed a complaint with the Public Employment Relations Commission over unfair labor practices, which included accessing a negotiator’s computer. The school board urged the KEA to bring the current deal to a vote, where it was accepted by teachers on August 30. Following the tentative agreement, both sides agreed to drop their legal complaints.

The deal represents a major win for educators in Kennewick, and further shows the power of workers organizing for better conditions.