On August 17, seven rightwing protesters made a short appearance to demand the removal of a bronze statue of V.I. Lenin standing in the Fremont neighborhood of Seattle. The anemic display was quickly dubbed “the world’s saddest protest” in online commentary. Meanwhile, a petition for the removal of a Confederate monument in a Seattle cemetery had reached nearly 5,000 signatures. It should be noted that the Lenin statue is a much-loved piece of public art in Seattle, even by those who are not particularly friendly to the ideals it represents.

Lame duck Mayor Ed Murray, facing a lawsuit related to accusations of child sexual abuse,  was quick to embrace the opportunity to side with the fascists. Following a lukewarm acknowledgement of the growing petition to remove the Confederate memorial Murray echoed the call to remove the statue of Lenin. Citing “historic injustices,” Murray argued that both pieces should both be removed because “their existence causes pain among those who themselves or whose family members have been impacted by these atrocities.” Mayor Murray also expressed his concern about “Confederate memorials and statues idolizing the founder of the authoritarian Soviet regime.”

This sort of false equivalence is a grave injustice to the memory of V.I. Lenin, to the achievements of the Soviet Union, and to the worldwide struggle for the liberation of humanity that communism represents. The statement is also a boon to the fascists and white supremacists who are attempting to protect Confederate monuments across the U.S., since it lends credibility to their tenuous claim that they are protecting the “history” represented by the monuments, rather than their legacy of racism.

Statements such as this one by Murray echo those of Pres. Donald Trump. As thousands take to the streets in cities across the country in efforts to counter the increasingly bold “alt-right,” Trump has on more than one occasion drawn an equal sign between the violent and genocidal white nationalists and those–including countless communists and socialists– who are determined to stop them.

This represents an attempt to neutralize the moral high ground occupied by anti-racist and anti-fascist leftists by demonizing them, while elevating the fascists themselves as defenders of a core democratic principle rather than belligerent white nationalists. The extreme right is treated as a perverse demonstration of American virtues to be either tolerated or embraced, while leftists are slandered. The anti-capitalist and anti-imperialist stances of those on the left represent a direct threat to the U.S. capitalist class and their interests, whereas rightists present in the demonstrations in Charlottesville, Boston, Seattle and elsewhere invariably applaud both imperialist war and the racism that supports it. The recent statement by Murray is merely one more example of a position which is actually shared by the ruling class across the U.S.–moral platitudes notwithstanding.

If we take an empirical view, we see that upholding the veneration of genocidal slave masters cannot possibly be equated with the celebration of a peoples’ hero.  The Confederate monuments that are now being torn down across the country are dedicated to those who fought tooth and nail for a regime of white supremacy and unflinching brutality. By stark contrast, communists the world over continue to struggle for the emancipation of the working class and oppressed peoples, and for a final victory over bigotry in all its forms. To treat them as equal cannot be justified. 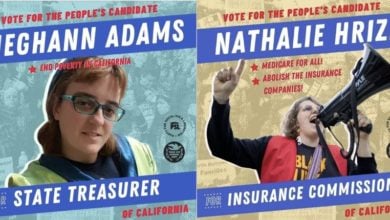 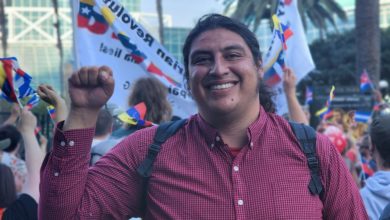