The Party for Socialism and Liberation Milwaukee conducted a People’s Platform Survey with the goal of finding the true needs, concerns and expectations of the city’s working class. Members spoke to passing people in public places across town asking what they believed were the biggest issues requiring attention. Only 22% of eligible voters had turned out for the mayoral primary election in February. While the general election between Cavalier Johnson and Bob Donovan was only marginally better with 31% turnout.

Why was turnout so low?

The answer was proven by the survey — people are sick of capitalist electoral politics. Many feel that no matter who they voted for or whether they voted at all, they were not being adequately represented by either candidate. Whether the Democrats or Republicans are in office, the working class faces the same issues with little to no improvement.

“Working-class people do not engage in political processes unless they feel their engagement will contribute to a desirable outcome for themselves, their families and their community,” PSL Milwaukee member Rija Rehan said. “If the politicians aren’t addressing issues in a way the public thinks will lead to their resolution, we should try to find out directly from the people what their primary concerns are, and how they think solutions can be developed.”

“As socialists, we recognize that the two party capitalist electoral system is undemocratic and often leaves voters with a ballot full of uncontested races, or a choice between the only two viable candidates, neither of which represent their interests,” PSL Milwaukee member Nicholas Sinthasomphone said. “They represent the ruling elites that keep them in power. In Milwaukee, the needs of working-class people go unaddressed, the city continues to physically disintegrate and the tears in the social fabric continue to deepen.”

Survey data was collected through both in-person interactions and online from a total of 231 people, with the most responses coming from ZIP codes 53212, 53206 and 53208. The responses from the survey include:

The list goes on and on, but this plethora of warranted objections as well as general apathy towards local politics delivers the overwhelming consensus that Milwaukeeans are fed up.

What are the main takeaways from the People’s Platform survey?

Black and Brown people in Milwaukee have been the targets of state violence for far too long, whether it be from insidious policing or the corrupt courts. But the 2016 and 2020 uprisings have demonstrated that Milwaukeeans are finding their voice and are capable of mass organizing in the face of injustice. More police will not result in less crime. Instead, crime must be addressed at its roots through funding towards things such as education, housing, public transportation and community initiatives. Public health needs to be a priority over capitalist interests and corporate profits. Alternatives to incarceration through solutions based in restorative justice must be pursued. Roads must be safe to drive on and landlords must be held accountable for safety violations.

“We did not conduct this project with the hopes that Cavalier Johnson, Bob Donovan or any other political or corporate leaders would read it and have a sudden change of heart,” PSL Milwaukee member Erica Steib said. “If they do, good for them. But that is not the intention. The intention is to capture the attention of working-class people, and to put those in power on notice. Milwaukeeans demonstrated that they can clearly articulate what they want and need. Merely speaking about these things, however, will not bring them into existence. Instead, we are calling on all working-class, poor and oppressed Milwaukeeans to take concerted action, to embark on the path of obtaining whatever is necessary in order for every person to live a safe, fulfilling, ad dignified life. Milwaukeeans deserve nothing less.”

Sinthasomphone added, “This can only be achieved through an intentional process of community organizing: the establishment of mutual aid networks, tenants unions and councils, unionized workplaces, abolitionist and prisoner support groups, coalitions dedicated to protecting reproductive rights, community defense committees, a robust, anti-racist consciousness that crushes the racism and xenophobia that prevails across our city, and alternative political parties and organizations that can displace the tired, illegitimate political machine that has wrecked Milwaukee for far too long.”

Several organizations are working on these initiatives in Milwaukee including PSL Milwaukee, Milwaukee Autonomous Tenants Union, AbolishMKE, Get the Lead Out Coalition, Black and Pink, CloseMSDF, EXPO and Fresh Water Action for Life Coalition. 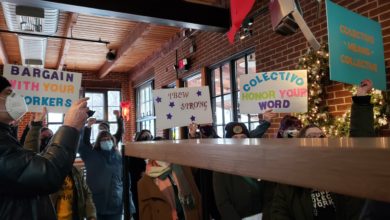 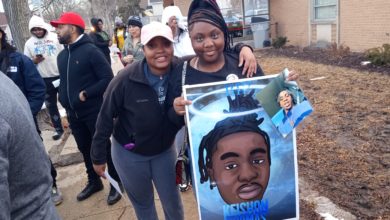 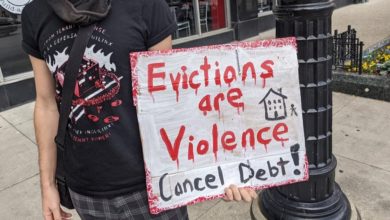