Donald Trump’s firing of James Comey escalates the already intense struggle in Washington within the top segments of the U.S. ruling elite. Trump made a major political blunder, drawing more fire to his administration’s greatest political vulnerability, and it will likely lead to the appointment of a special prosecutor. This turn of events could quickly escape the control of his administration.

Trump is paying the price for his personalistic approach to the presidency. If he would do the job of the executive as outlined by Karl Marx — “managing the common affairs of the bourgeoisie,” not just his own interests — he would be enjoying the wide support of the ruling class today. But Trump has surrounded himself with yes-people and he has the authoritarian temperament common among billionaire CEOs, demanding unquestioning personal loyalty from his functionaries. Comey was a thorn in his side, an independent operator who publicly challenged his assertions and Tweets. He refused to pledge such loyalty and fall in line, and could have become a larger problem down the road. So he had to go.

In fact, Trump should have been able to work well with Comey, a careerist without principle or conviction and no apparent political loyalties — except to himself and to his class.

Look at his record. As a Bush appointee, Comey signed off on waterboarding — but then was smart enough to distance himself from that administration’s extreme defense of torture. As an Obama appointee he spoke often about racial justice, Dr. King and police reform. But he then said nothing when his next boss, Jeff Sessions, the sworn enemy of Coretta Scott King, tore up all that work. In between his government appointments, Comey worked as lead attorney and senior vice-president for Lockheed Martin, a leading weapons’ maker, before moving on to serve major hedge funds and big banks.

Comey’s actions during the summer of 2016 earned him the praise of Democratic operatives and the hatred of the Republican right. But shortly before the election he helped Trump with his famous reopening of the Clinton email investigation. Trump rewarded him with the maintenance of his job. Nearly 100 former federal prosecutors and Department of Justice officials condemned Comey’s actions. The Democratic establishment that praised him months earlier mercilessly attacked his credibility.

Now the situation has reversed once again. Republican officials are back to blaming Comey for his conduct last summer, while Democratic leaders are back to praising him as a crusader for justice struck down in pursuit of the truth. From both sides these presentations are absurd, requiring major amnesia to be believed.

No such thing as ‘independent’ law enforcement

The positions of Attorney General and FBI Director have always been supremely political. Anyone who believes that before Trump these were administrative positions, filled with noble civil servants in search of justice, has been watching too many cop shows. These law enforcement leaders generally pursue the political priorities of those who appointed them.

At the state and local levels across the country, District Attorney positions are stepping stones for aspiring politicians — and they choose their criminal investigations and prosecutions accordingly.

“Law enforcement” never operates neutrally but as a political weapon — as part of the struggle over power, and to protect the exploitative social order as it currently exists. In this legal system, poor and working class people are criminalized. The landlords, corporate executives and bankers never go to prison when they commit crimes against the people — only when they swindle each other.

This continued in the Obama administration’s Department of Justice, which did not criminally prosecute the bankers who defrauded and destroyed the lives of millions of working-class people. It only went after the few bankers who made the error of cheating other rich investors.

The capitalist state even is selective in how it prosecutes the crime of murder. In the last eight years there were no federal charges against any of the racist killer cops who stole the lives of innocent Black and Latino people. There was no effort to halt the execution of Troy Davis, murdered by the State of Georgia.

The FBI, which for decades functioned like the personal army of J. Edgar Hoover, and carried out massive repression against the Black freedom movement in particular, never really changed. Under the last Democratic administration, the FBI helped coordinate the nationwide crackdown on the Occupy Wall Street movement and conducted massive surveillance against Black Lives Matter.

When it comes to killing for the Empire, legal pretenses likewise go out the window. The Republican-led House harped on Hillary Clinton’s Libya emails only because it was politically useful to show her as “soft” on terror. They did not care about the pack of lies she delivered to justify that criminal invasion that killed tens of thousands of Libyans and destroyed the state.

Neither party seriously considers the White House’s maintenance of a “kill list” a constitutional or law enforcement issue. With this list, the president can order the assassination on sight via drone of a target wherever they are in the world. Such assassinations violate national and international laws. The whistleblowers who exposed some of these crimes, rather than their perpetrators, went to prison.

Even when Trump unleashed his illegal and unilateral bombing of a sovereign nation of Syria — without even the pretense of Congressional or UN approval — there was no FBI investigation into this crime. Most of the Democrats now attacking Trump praised this military action. They asked that he prove his commitment to the struggle against Russia by going further.

Trump’s corruption and the ‘Russia connection’

Trump’s family is undoubtedly corrupt. It is safe to assume the entanglement of their financial and business interests with foreign governments goes deep. Trump is undoubtedly a tax-dodger and a crook. He practically flaunts it. But after all, he stands at the intersection of two notoriously criminal worlds — real estate and politics.

But honestly, no major U.S. presidential candidate could survive real scrutiny into their financial dealings and communications. If the machinery of the state, which now includes the full-spectrum surveillance of the NSA and CIA, turned on any of them, it would uncover a whole world of bribery, scandal and deception. The structure of electoral politics ensures such corruption. It requires incredible sums of money to run and then the maintaining of rich backers to hold onto one’s office. That money doesn’t come free.

Clinton’s leaked emails have never been conclusively linked to Russia, or to the Russian government. Nor was the leak that novel — the whole game of modern electoral politics is to dig up dirt which compromises one’s opponent. The leaked emails proved the clear bias of the DNC against Sanders, which was not exactly groundbreaking. It also showed that Clinton’s team “elevated” Trump because it preferred him as an opponent.

There is no evidence that those emails from July tipped the election either. Clinton’s approval ratings and advantage were scarcely affected by their release when it happened. She was up by 10 points after Trump’s disgusting Hollywood Access recording in October. Clinton lost important swing states by failing to inspire the Democratic Party base and connect with economically devastated sectors and areas, some of which she did not even visit.

It is likely that Gen. Mike Flynn, then the incoming national security chief, came to some understanding in December with the Russian ambassador about the easing of sanctions. Again, the people who think that this is exceptional — as if presidential campaigns and incoming administrations do not start striking deals before they formally take over — have serious delusions about the workings of politics. What was exceptional was that Flynn lied about it to his own superiors. This made him an easy target for the CIA, an agency that opposes any Russia reorientation and records the Russian ambassadors’ conversations as a matter of course.

Most of the Trump team’s purported “collusion” with Russia amounts to rather standard contacts with a foreign government. Trump was open throughout the campaign that he wanted to reorient U.S. policy towards Russia — which would indeed have signified a seismic shift in geopolitics, and would have had dramatic ramifications on crisis flashpoints such as Syria and Ukraine. In this context is it really surprising that his subordinates and team would have developed Russian contacts and back-channels? Why is every conversation with a Russian suddenly proof of foreign control?

In any case, the Russia realignment died almost as soon as Trump came into office — CIA-CNN-DNC pressure campaign after the election made sure of that. The administration changed its tone and then doubled down on the new Cold War when it bombed Syria in March. Giving the hawkish Pentagon generals full control over foreign policy, the Trump administration has signified a ramping up, not a dialing back, of militarism.

But as a political card, the Russia connection remains particularly convenient to the DNC and its associated liberal organizations such as MoveOn. It taps into a long-held and well-indoctrinated prejudice — fear of Russians — while directing the struggle against Trump into channels they can more easily control: investigative committees, special prosecutors, and made-for-tv intrigue.

If the struggle against Trump were, by contrast, directed on the basis of defending immigrants, saving Medicaid, taxing the rich, stopping the militarization of the police, and so on, then the Democratic elite would be forced to face their own record. The movement would hold the Democrats accountable for their own policies in Congress and in the cities and states where they govern.

The Russia card gives the Democratic leadership a strategy to weaken or potentially bring down Trump — as their base wants — without actually meeting the demands from below to move the party in a more left-wing, progressive direction. The anti-Russia campaign gives cover in fact to the maintenance of a right-wing, neoconservative foreign policy, and domestically the promotion of the FBI and the CIA.

The main question is what to do when the ruling class factions resort to sharper in-fighting, utilizing state institutions and the media to bring each other down and to reveal each other’s scandals. The natural tendency is for the people to get so caught up in the twisting intrigue they become political spectators and mere media consumers, soaking in the drama and rooting for their favorite characters as if this were House of Cards or Game of Thrones. The challenge for class-conscious workers and resisters is to overcome this passivity — to actively intervene in their own interests, rather than become ground troops for either elite faction. 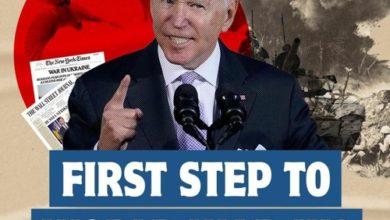