On Thursday, July 23 the iconic Roxbury Love Mural was demolished by Cruz Companies with little warning to the community that had cherished it for years. In its place will be built condos well out of the price range of current residents. As outrage spread at this brazen act of gentrification, the Boston branch of the Party for Socialism and Liberation called a speak-out at the site where the mural once stood on July 26. Over 200 people gathered at 6:30pm on an extremely hot day to display their frustrations with the deeply red-lined and rapidly gentrifying state of the city.

Boston is the third most gentrified city in the country, according to a recent report by the National Community Reinvestment Coalition. About 20 percent of city neighborhoods were gentrified in the period from 2013-2017. Roxbury is a key battleground in the struggle against gentrification, as a historically Black and Brown neighborhood neglected by the city government, lacking social services and public infrastructure. The neighborhood has been experiencing skyrocketing real estate prices as developers continue to move in.

Residents and organizers have been fighting against this looming displacement by forcing amendments to city plans for rezoning, educating themselves and organizing protests and disruptions. 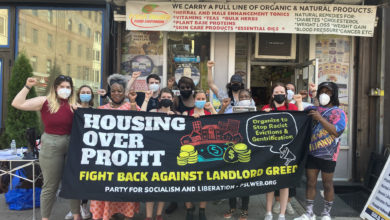 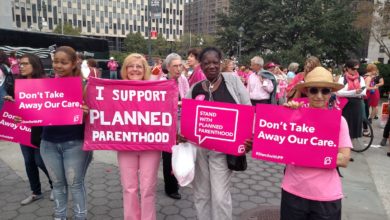