Joe Biden’s prime-time address on democracy tonight was an attempt to cover up with rhetoric his and the Democratic Party’s abject failure to prevent the extinguishing of abortion rights, the assault on Black voting rights, and the nationwide attack by Big Business against union rights and workers. Speaking in Philadelphia, Biden proclaimed, “Donald Trump and MAGA Republicans represent an extremism that threatens the very foundations of our republic.”

Without a doubt, the threat of fascist violence and the possible end of even bourgeois democracy is real and growing. It is remarkable that a president of the United States stated this clearly for the world to hear. Earlier today, Donald Trump said in an interview that he would pardon those who participated in the January 6 attack and was financially supporting some of the defendants. In doing so, Trump is promising the type of legal impunity that has always emboldened participants in reactionary mob violence throughout U.S. history, a clear signal that he wants more violence in the future. These types of threats aim at forcing through an extreme right-wing program, supported by a major section of the ruling class establishment that wants to roll back the fundamental democratic rights won during surges of people’s struggle in the 1930s and 1960s.

But Biden is part of the problem too. It is ridiculous for him to pose as a champion of democracy when he has for so long sat idly by and refused to take the decisive action necessary to push back the growing attacks against democratic, social and political rights. After so many broken campaign trail promises, we have to look at what Biden actually does, not just what he says.

The attack on democracy reached new heights with the Supreme Court’s overturning of abortion rights in the Dobbs decision. The Democrats could have eliminated the filibuster and passed a law legalizing abortion at the federal level, all without needing a single Republican vote in Congress. Biden could have taken a range of emergency actions, including opening abortion facilities on federal land in states that have banned abortion and then waging a legal and political struggle to defend those sites.

A wave of voter suppression laws have been passed at the state level following the Supreme Court’s gutting of the Voting Rights Act, targeting Black voters in particular. Biden and the Democratic Party leaders could have passed federal legislation overturning these state laws and expanding voting rights through measures like automatic voter registration and making election day a holiday. They chose not to. The Democrats refuse to fight for an end to the anti-democratic electoral college system, and in fact have legislation pending to strengthen it. The electoral college is a relic of a system based on slave labor. It was designed and has been repeatedly used to thwart the will of the majority to empower the rightwing.

Biden has also contributed to the threat to democracy by ignoring the social and economic rights of the working class. Is it not a fundamental democratic right for workers to be able to form a union? And yet, Biden has totally abandoned the PRO Act that aims to dramatically expand union rights. Can people really participate in a democratic society if their basic material needs are denied to them? Biden has also abandoned plans to bolster social programs in the fields of education, health care, housing, child care and more.

And now Biden is enthusiastically joining in on the attack on democracy with his proposal to surge 100,000 more cops onto the streets. We need a real, people’s democracy — not a police state.

It is hard to imagine a person less qualified than Biden to lead the fight to defend and expand democracy in the face of the right-wing onslaught. For that, we need millions of people to take to the streets in a grassroots movement for a new kind of society. 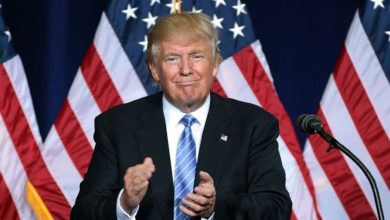