Trump the Magician: the real function of racism and xenophobia 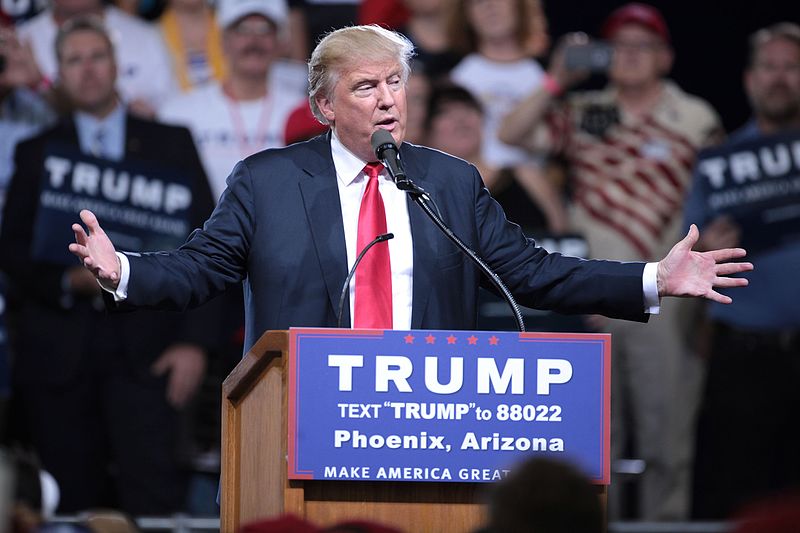 Donald Trump is a con artist. He is practicing one of the oldest tricks in the book, borrowing a page from every magician who seeks to fool and dazzle their audience by distracting their attention at a critical moment in the act. Trump’s trick of choice has a long history in the United States, not to mention in fascist Germany and Italy of the 1930’s — but it has made its way back to the living theater of modern-day politics.

Trump said he would “Make America Great Again.” In 2015-16 he portrayed the country as one of carnage, ravaged by crime and suffering — and presented himself as the only one who could turn it around. Now he wants to say that he has succeeded; his new campaign slogan is to “Keep America Great.” But for millions of Trump voters, especially poor and working class whites, life is no better now than in 2016. Trump the Magician cannot leave that audience disappointed, nor let them in on the great deception, so he has waved his wand and caught their eye by introducing something new — or actually, something quite old.

Trump’s carefully chosen racist tirades against four first-term Congresswomen – Ilhan Omar, Ayanna Pressley, Rashida Tlaib and Alexandria Ocasio-Cortez – borrows a tactic used over and over again throughout history. Politicians whipping up white people into a racist frenzy is not new. Lynch mob culture is as American as apple pie. It is has been going on for hundreds of years.

During the past 50 years the U.S. ruling class put this tactic on the back-burner out of fear that it would destabilize the whole Empire from within, as the Black population would rise in rebellion and lead broad sections of society into struggle against the state, as happened so frequently during the 1960s. The rulers publicly dissociated from Klan-style racism in favor of other forms of social control and institutional racism. The reckless Trump has rejected this way of doing things in favor of his narrow focus on getting himself re-elected.

It is noteworthy that Trump was in North Carolina when he whipped up the racist frenzied crowd that was chanting “send her back” about Congresswomen Ilhan Omar. His “love it or leave it” rhetoric and openly racialized patriotism is a time-tested diversionary tactic.

One in five children in North Carolina face hunger on a daily basis. More than 56 percent of all children in the state are eligible for free lunch or lunch subsidies. Eighteen percent of the elderly population faces hunger.

North Carolina has a population of more than ten million. Seventy percent of the population is white. Just over 22 percent is African American and nearly 10 percent is Latino. The Native American population — once the majority in the area before a genocide was committed against them — is now 1.6 percent. Millions of North Carolinians are either in or near poverty.

Corporate interests in North Carolina are doing just fine. The bosses in the aerospace, auto, tobacco, food processing and manufacturing sectors are raking it in. So are the super-rich who benefited greatly from Trump’s $1.4 trillion tax “reform” giveaway.

The Trump administration has done nothing for poor and low income people in North Carolina. Republicans also succeeded in preventing Medicaid expansion in North Carolina, thus depriving huge numbers of low income families — Black, white and Latino alike — from accessing any health care at all.

Yet he tells the people of North Carolina, and the country, that they should “love it or leave it.” He says America is a “great success” and people who criticize the current state of affairs should “get out.”

The bulk of Donald Trump’s hardcore base of active supporters come from the middle class, not those in poverty or on the brink of poverty. Nevertheless, that is the section of the white population that Trump’s misdirection is aimed at.

To win over working and poor white voters in what is now a “swing state” Trump has little to tell them about how their lives have improved under his watch. Instead he tries to get them to join in his crusade of racism and anti-immigrant hysteria with plenty of anti-communist punch lines — all of it wrapped up as a love of flag and country. And if they won’t join in the frenzy, he hopes to make it impossible to bring up their actual economic concerns, or demand actual solutions — “love it or leave it!” “America will never go socialist,” he roars. The open racism and anti-socialism go hand in hand.

Trump doesn’t want these people to blame their suffering on the robbery, greed and corruption of the super-rich and the biggest bankers and corporate bosses. He is protecting himself and his billionaire friends by using fascist tactics to demonize “minority” peoples, immigrants and socialists.

This was Hitler’s tactic. But it has an even longer history in the United States. Open white supremacy has been the centerpiece of capitalist “democracy” as it evolved in North America since the Jamestown, Virginia colony brought in the first African slaves in August 1619, exactly 400 years ago. Explicitly white supremacist laws were the law of the land until the 1964 Civil Rights Act formally ended the open apartheid regime which ruled over vast parts of the country.

Until 1964 Black Americans were legally excluded from and criminally punished for attempting to access hospitals, restrooms, restaurants, public parks and other public facilities. Lynch mobs functioned to punish any violators of Jim Crow with a wink and a nod from the state. When Black people demanded change, they were told to “go back where you came from.”

Now as Trump lifts the taboo on open racism, the mainstream centrist and “liberal” capitalist media like the New York Times are writing ridiculous headlines calling it “white anxiety.” This phrase plays directly into Trump’s hand, and into the hands of the fascist movement’s attempt to rebrand itself as “white nationalism.”

Racism is not about “anxiety” from below, nor are racist politics some careful situational response to economic stress. Open racism and hatred has been nurtured over centuries as a strategic weapon by the ruling class to exercise control over all aspects of society.

Racist consciousness was the single greatest barrier to working class unity in the United States. White supremacist ideology was first and foremost an expression of the class consciousness of the bourgeoisie, who used it to enforce their own power and privilege. It produced extreme violence and exploitation of Black, Native, Asian and Latino peoples, and prevented genuine class consciousness among poor whites.

Rabid flag-waving patriotism and white supremacy are not reflections of a justifiable “anxiety” about the future of the country. These political displays are designed precisely to create a mob atmosphere against those who are most affected by the crimes of capitalism and most likely to rise up, to brand any criticism as treason and to make it harder for poor whites to voice their economic anxiety in class terms. “Love it or leave it” doesn’t amplify the voices of exploited people of any skin color; if anything, it is designed to shut them all up.

The Democratic Party’s response to Trump’s use of fascist tactics is ineffective and disingenuous. Passing a meaningless “anti-racist” resolution against Trump – a resolution that starts off by invoking the racist, slave-owning Thomas Jefferson as inspiration for their anti-racist resolution – was one of those bourgeois “feel good” theatrical displays that does nothing to prevent the spread of fascist ideology.

The resolution was actually designed to conceal Nancy Pelosi’s own role in the assault against the four Congresswomen, who form part of the most liberal flank of Congress. The four were the only Democrats who voted no to her capitulation to Trump when she rammed through Congress another $4.5 billion for “border security” at the U.S.-Mexican border. Trump called Pelosi from overseas to congratulate her. While Trump was embracing her for the capitulation on funding “border security,” Pelosi went public with her attack on the four protesting Congresswoman.

Trump then pounced. “Why don’t they go back and help fix the totally broken and crime infested places from which they came,” Trump infamously tweeted on July 14. A few days later in North Carolina he incited the fascist chant: “Send her back.”

Unite the poor by fighting racism

According to the Poor People’s Campaign, there are 140 million Americans living in poverty or near poverty. Those living near poverty are low income workers who are one paycheck away from “official” poverty (which is set at a ridiculously low standard). About half of those in or near poverty are white — although poverty is significantly higher percentage-wise among the Black, Latino and Native populations. The total breakdown of poor people in the country is 66 million white people, 26 million Black people, 38 million Latinos, 8 million Asian Americans and 2 million Native people.

What is needed in the United States is to promote a class-wide rebellion of the working class that lives in or near poverty. This is not only possible but it is an imperative need. Racism and white supremacist ideology is the most potent and nurtured weapon of the ruling class to retain power. It is the principal obstacle to such a class-wide rebellion to end poverty. To dislodge the capitalists from power requires a fighting movement that promotes the rise of a genuine popular democracy that puts state power in the hands of the poor and working class. Central to such a movement and to its eventual victory is an uncompromising war against any manifestation of racism.