On April 12, Stop & Shop workers in Massachusetts, Rhode Island and Connecticut entered the second day of their strike. Some stores have closed, while others remain open for limited hours. Union members on the picket lines remain optimistic and energized by the supporters in their communities. Stop & Shop parking lots across New England remain empty while the picket lines pick up heat as the Easter holiday — one of the company’s most profitable days — quickly approaches. Workers are hitting the picket lines both day and night, with those working the night shift reporting they have succeeded in turning away many deliveries. The Teamsters have already announced they would support the strike, and would not cross a picket line. On April 12 and 13, Liberation News staff joined in the strike across New England, and spoke to the workers and supporters there:

I gotta tell you, this town has really come through for us. In East Providence over here … they’re having pizzas delivered for us, paid for before they even show up. The other day we had DoorDash show up with a bunch of Wendy’s hamburgers. Boxes of joes. Donuts. Whatever we need. This plaza has been very helpful for us. Marshalls lets us use the bathrooms. DollarTree. We have had overwhelming support. They’ve been really, really nice in this town…. Stay strong for us. Stay strong. That’s all we need. Be powerful. Send a powerful message out there.

Stop & Shop eventually wants to take away our time and a half, cause in Massachusetts they passed a law where it went down ten percent every year, so this year they get 1.4, then it goes to 1.3, then 1.2, 1.1 … and eventually, it’s just straight time. We feel that we should be getting the time and a half … I believe they’re losing money because no one’s actually buying anything… they’re not baking any new products, the produce ain’t getting rotated, the meat — there’s no meat cutters in there, so whatever meat they do have is from days [ago].

This is just flat out wrong. And we’re one big family, we’re a union, and we’re not gonna stop until we get what we want. Because this is the working class, we are the people that deal with all the chaos in there, deal with the angry customer while these guys are sitting there on their computers making their salaries — their six figure salaries — and we’re the ones making crap … There’s a lot of people pissed off right now, including myself.

Stop and Shop is making billions in profits … they’re trying to squeeze the most out of these Black and Brown communities … it’s unfair for them not to be giving their workers a living wage … It’s important for teachers to be out here because many of my students work at some of these stores, and they deserve to get a living wage as well.

They’re basically trying to take everything from us. We’re a 24-hour, seven-day a week store that works all Sundays, all holidays. The only day in the entire year we’re completely closed is Christmas Day. Just to start, they’re trying to take away our time-and-a-half for holidays and Sundays. You got them taking away things like 401(k)s … We lost our health insurance with Obamacare, we keep our eye and our dental because the state doesn’t supply that. They’re also trying to strip us of that … We’re not asking for anything that isn’t already in our contract, we’re trying to keep what’s in our contract. So it’s not like we’re going above and beyond. It’s ridiculous and I think with the robot that we’ve got running in the Stop & Shop (Marty), self-scans, the carousels — the carousels themselves get rid of the jobs for the disabled individuals who are our baggers because they tell them flat-out don’t go do the carousels, we’d rather you work on self-scan. A lot of those people have been here 20 plus years. What do you do with the people who are on disability? You don’t want them to work? Are you going to turn it into another Walmart where they’re discriminating against people? It’s just ridiculous.

It’s not even a Stop & Shop thing, it’s a global thing. It’s worldwide. It’s more than Stop & Shop. It shows the type of people who we have [running] the country, the world. Stop & Shop is just one brand name to me, there are many of other companies that I believe do the same thing to their workers, and with the community’s help, we can get things moving … let everybody know that this is something serious that they need to step in and help take care of before it escalates. It’s bad enough that Stop & Shop workers — this location — had to start striking. If everybody stepped in and striked? We could have things moving along. 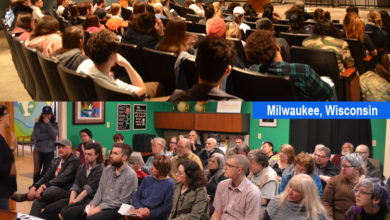 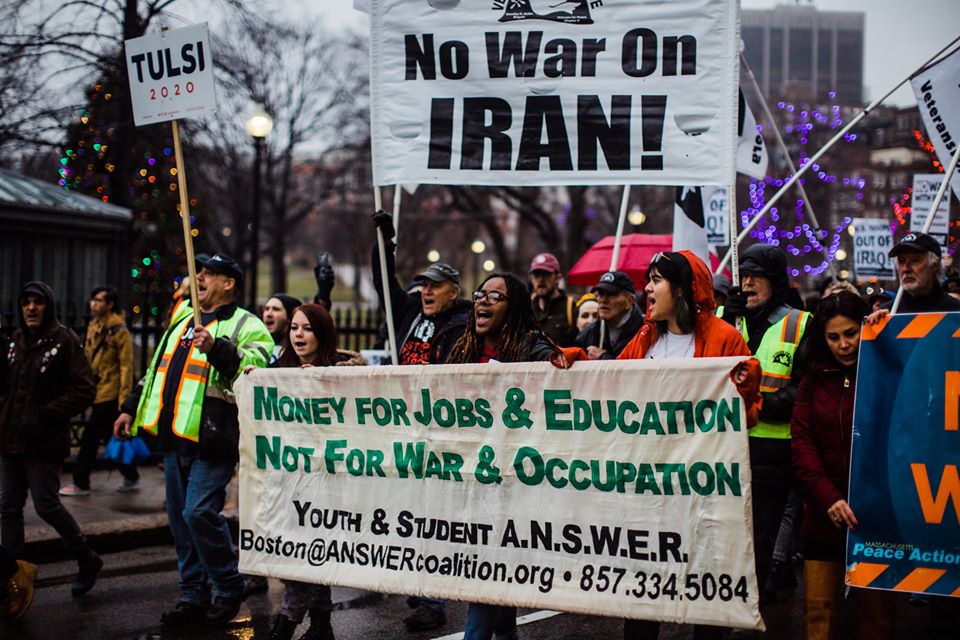 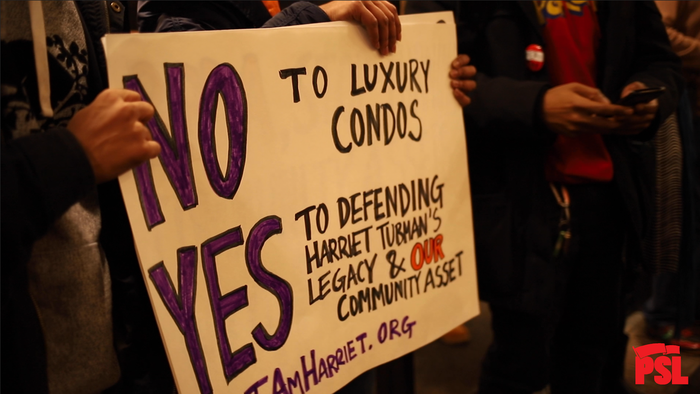