On Dec. 1 and 2, public school teachers, administrators and students across New York City took part in a Day of Action for smaller class sizes called by the United Federation of Teachers (UFT), the teachers’ union. Classes in New York City contain 10-to-30 percent more students then the rest of the state. Larger class sizes inhibit student learning, and push to the limit a teacher’s ability to manage students. There were walkouts, rallies outside of schools during morning arrivals, and petitioning.  Student support of the Day of Action was significant.  For example, at Sunset Park Prep Middle School in Brooklyn, where 92 % of union members dressed in red that day, many of the students wore red to school in solidarity.  The UFT aims pressure  City Council Speaker Cory Johnson and other elected officials to bring to a vote Intro 2374-2021, a bill calling for smaller class sizes. Though the bill was scheduled for a vote on Nov. 23, it has been delayed by Mayor Bill de Blasio. So far, 39-out-of-49 City Council members have signed the bill. This constitutes a veto-proof majority, preventing the mayor from blocking it. It is urgent that this vote take place now.  Nearly the entire City Council will turn over in January when newly elected members are sworn in, and organizers will have to restart from scratch the process of petitioning for the bill. The bill would update the administrative code to require each classroom in the city school district to provide 35 square-feet of net floor space per student. Supporters of the bill say that New York City schools were already over capacity prior to the pandemic, but COVID-19 makes more space even more imperative to allow for social distancing. In many schools the overcrowding is extreme. For example Brooklyn School District 15 suffers from a shortage of middle schools. Instead of opening more schools, each year the district sends the existing middle schools greater numbers of students, often exceeding the number of seats available in a classroom. 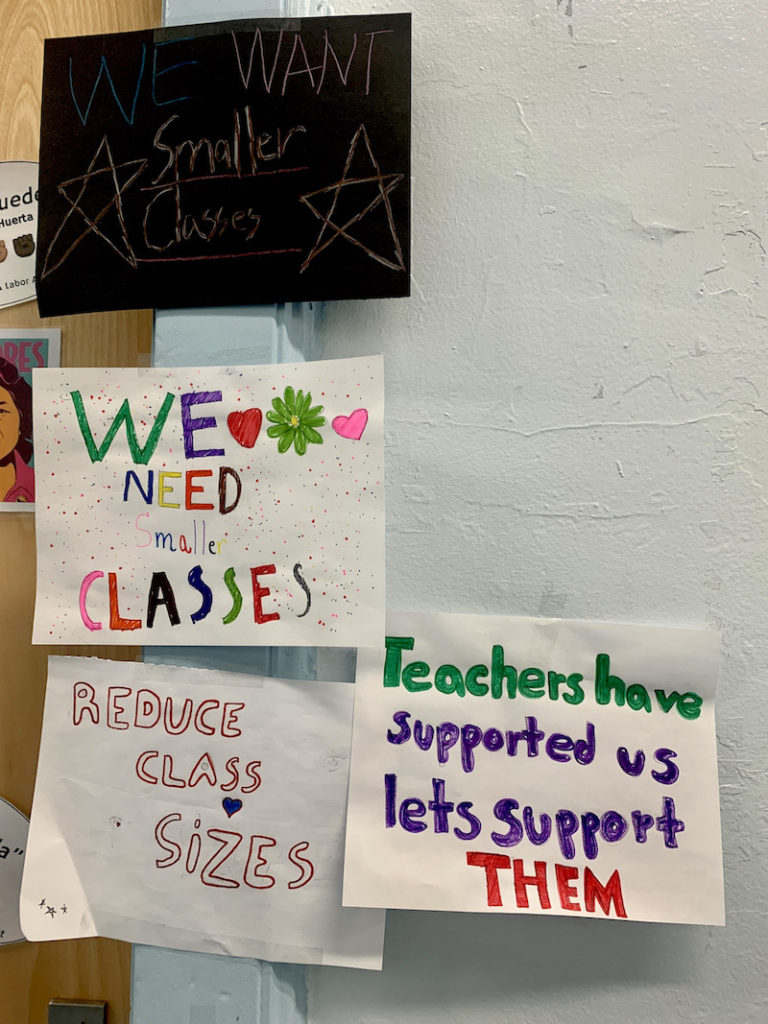 Teachers are also critical of an $18 million Department of Education contract to Aperture, an education technology company providing emotional screeners to assess student needs due to trauma induced by the pandemic. The critics say funds could be better used to support students and schools, to hire more social workers, teachers and school staff, and to provide more learning spaces. The emotional screeners were hired to improve the well-being of students, but teachers claim that the emotional needs of the students would be better served by smaller classes. Photo: Student-made signs supporting smaller classes. Liberation photo.
Tags
schools
Zamir Laiosa December 12, 2021
225 2 minutes read
Facebook Twitter Reddit Pocket WhatsApp Telegram Share via Email Print 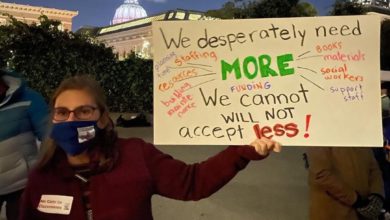 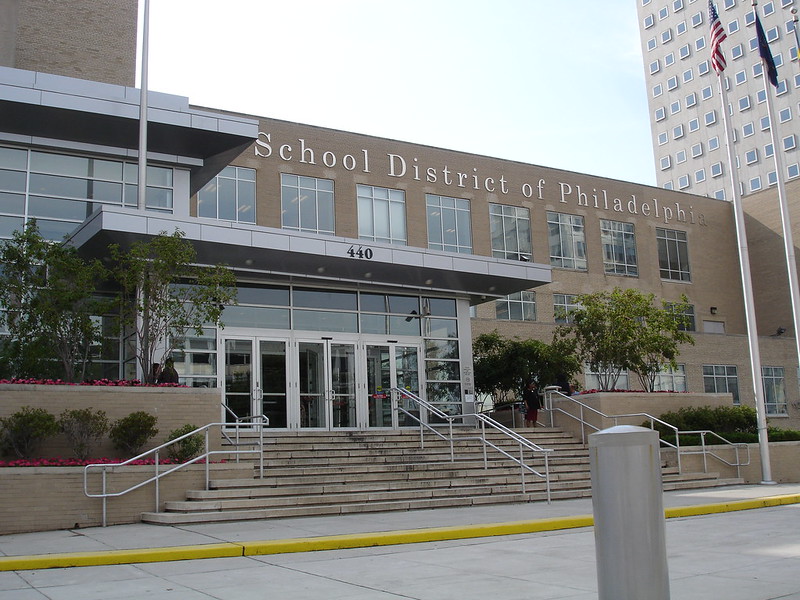